Bodega Bay had a reputation as a great surf spot.  On our way down Highway 101 we stopped to check it out.  Bodega Bay is a tiny, touristy town a few hours north of San Francisco.  The on the days we were there weren’t as awesome as we’d hoped, but it was still nice to be in the water.  When we weren’t surfing, it was nice to relax.  We stopped at a seafood shack to get some fresh caught oysters: 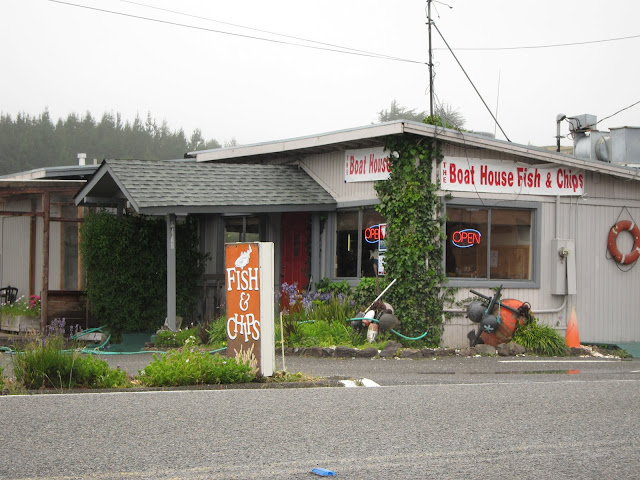 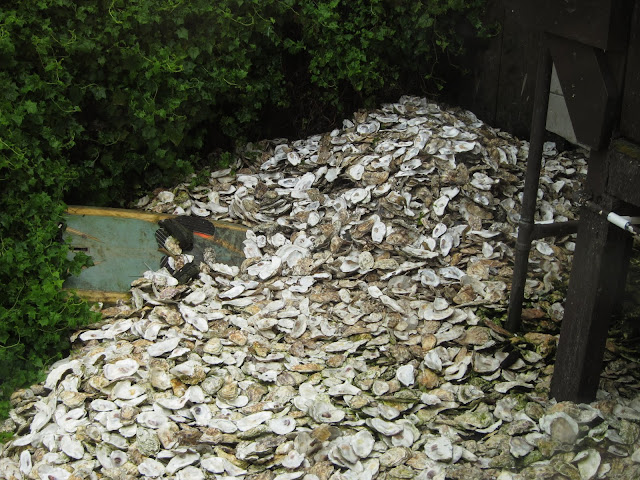 We also spent a good portion of the evening looking for a place to poach a campsite.  Unfortunately, most of the roads around Bodega Bay go up into the hills and are used for ranching.  This means barbed wire fencing and gated driveways.  We finally stopped in a nearby town and asked a local if he knew a place where we could pitch a tent.  He immediately invited us to camp on his land.  He was quite a character, a bachelor who drove around a big old Open Road camper.  He had a beautiful spot up a steep road almost in the tree tops.

Since it was raining, he offered us the fold out bed in his camper van.  He also said we would feel safer there since there is a mountain lion that likes to prowl around at night.  Luckily, the only disturbance we had was when his curious pet cat decided to jump on the roof of the van! 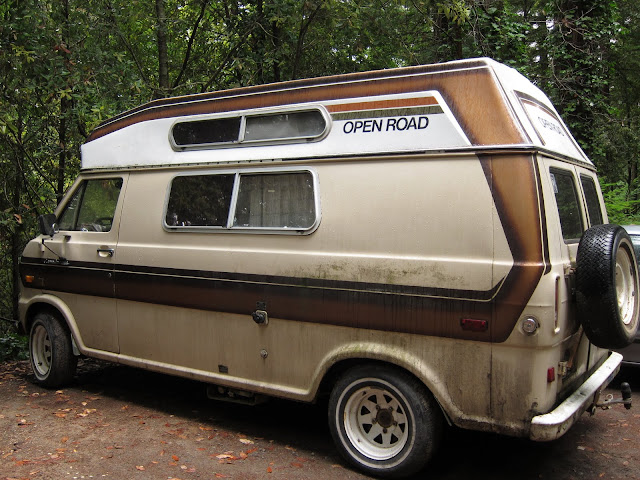 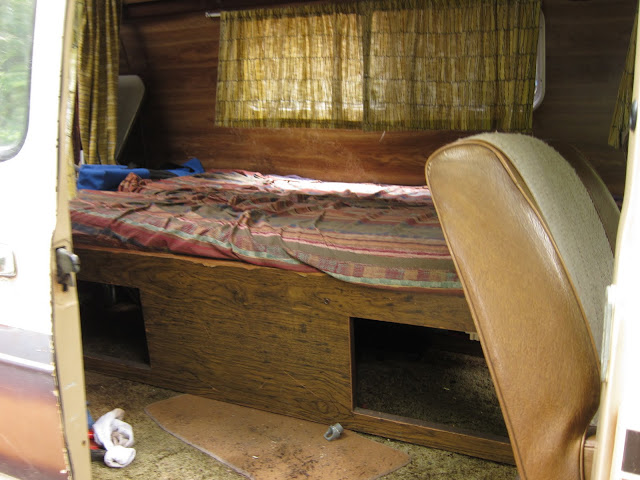 We appreciated the “California Hospitality” that our host showed us, and it was a relief to find a place to stay! 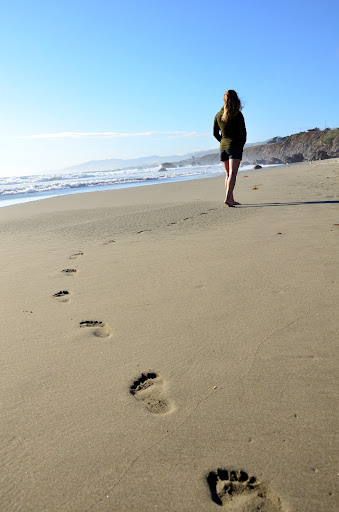 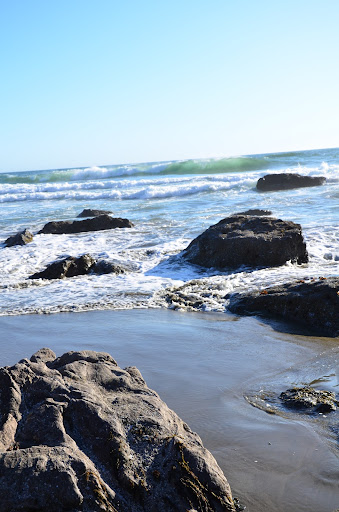