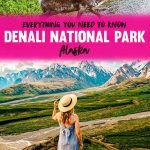 Everything you need to know when you visit Denali National Park in Alaska including the best hikes, bus tour information, and wildlife viewing! 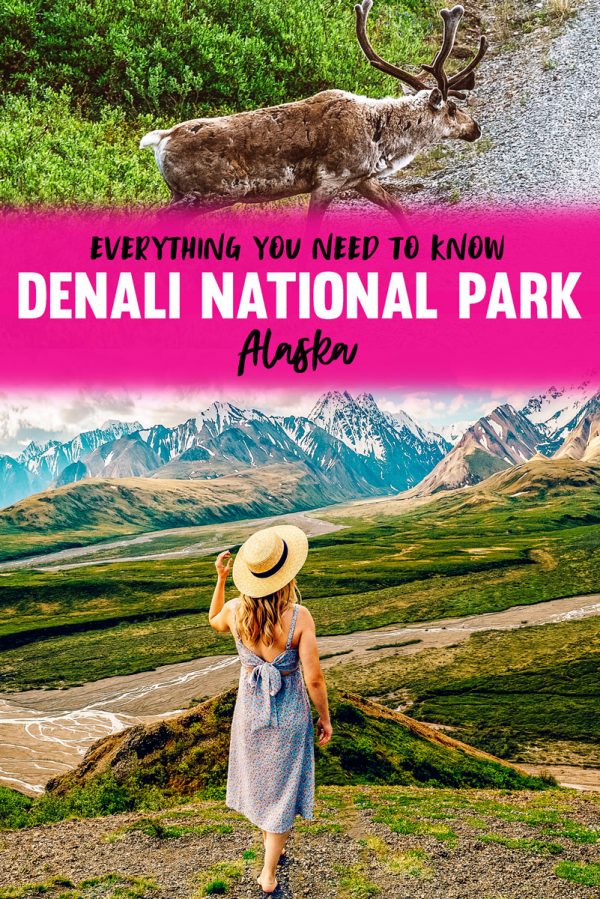 At an astonishing 6 million acres, Denali National Park should truly be considered a wonder of the world. It’s the home to an estimated 300-350 grizzly bears and the tyga – the largest terrestrial biome in the world. Outside of Alaska you can only find tyga in Siberia, Scandanavia, Canada and Russia.

Denali is the 3rd largest national park, after Gates of the Arctic and Wrangell – St Elias, both of which are also in Alaska.

In the words of our bus guide, “Get out there and listen because Denali just might be speaking to you.”

Read on for my guide to Denali National Park… 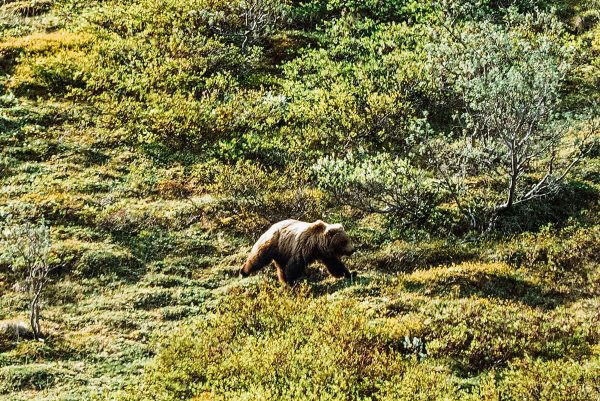 The amount of wildlife in Denali National Park is unbelievable. It totally blows Glacier National Park and Yosemite out of the water. We saw seven grizzly bears during our 8-hour drive through the park. The most memorable was a mother bear and her cub being pursued by a male bear. Our driver speculated that the cub was from last year and that the male wanted to kill the cub so he could mate with its mother. It was so dramatic to watch the entire scene unfold! You can get a taste of the drama under the “Alaska” highlight on my Instagram profile.

In addition to bears, people also commonly see caribou, Dall sheep, moose, and wolves as well as a number of small animals like squirrels and rabbits. We saw caribou, sheep, squirrels, rabbits, beavers, and moose.

Pat and I rented a telephoto lens from Borrow Lenses which allowed us to get the amazing photos you see even though we were far away! I love using Borrow Lenses when we travel to make sure we have the right gear without having to buy thousands of dollars in camera equipment! 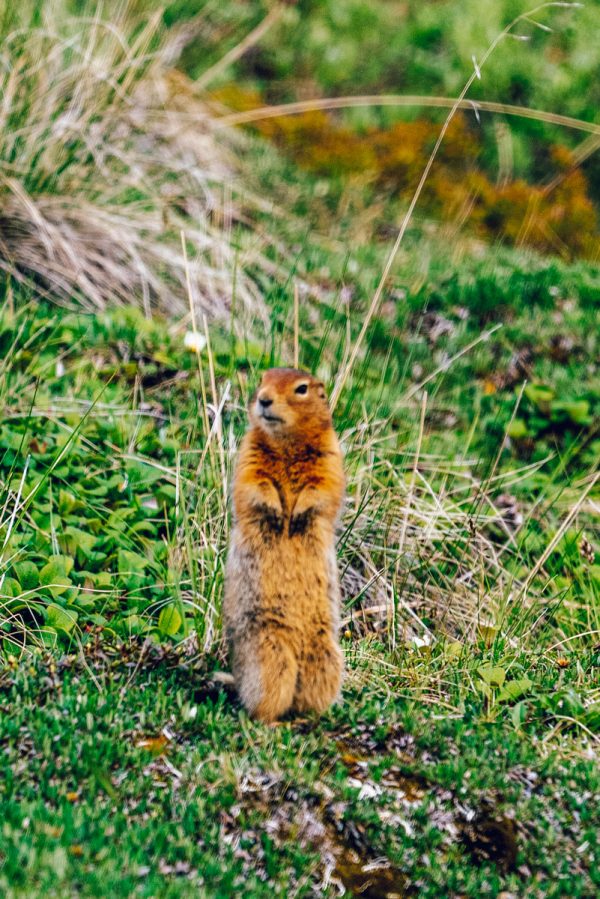 The best, safest, and easiest way to see wildlife in Denali National Park is by bus. One of the most amazing things about Denali National Park is the utter lack of vehicle congestion. Unlike places like Yosemite and Yellowstone, Denali is almost entirely closed to private vehicle traffic. There is one main road that goes through the park, but private traffic is only allowed on a short segment of it.

Most people visit the park on an Aramark bus tour. The buses are modified school buses – plain but reasonably comfortable. By keeping everyone on buses, the park feels pristine and even more expansive than it already is. I’m all for this approach to National Parks! It’s better for the environment, better for wildlife and cuts down on air pollution. It’s a win on all fronts! 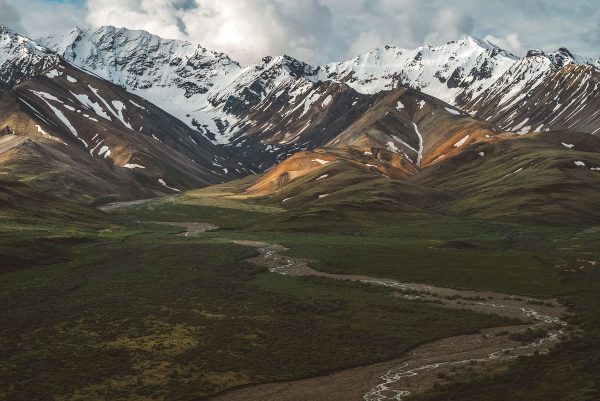 What Denali Bus Tour to Pick?

The Natural History Tour is 4 to 5 hours and focuses on, you guessed it, the history of the park. Stops include a historic ranger’s cabin and an Alaskan Native presentation. The other tour is the 8-hour Tundra Wilderness Tour, which is what we chose.

Our priority was seeing the most wildlife possible in Denali so it was an obvious choice. The driver is a naturalist and had lots of insight into life in the park. He was also so amazing at spotting wildlife! As you might expect, a lot of it was far away and just looked like specks. The bus was fitted with video screens connected to a high-end video camera which allowed us to see the animals up close and observe their behavior. This really added to the experience in a huge way.

As I mentioned above, we rented a telephoto lens from Borrow Lenses which allowed us to get the amazing photos you see even though we were far away! I highly recommend looking into this if you want to get great photos without needing to buy expensive camera gear. 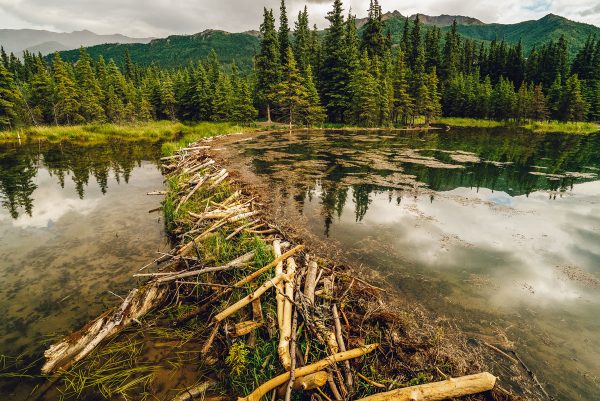 The Horseshoe Lake Trail in Denali National Park might be the most popular hike in Denali. It’s only 2 miles and easy to do with just a short uphill/downhill segment. The lake is glassy smooth and reflects the sky and surrounding forest almost like a mirror. It’s absolutely stunning!

Horseshoe Lake is home to a tribe of intrepid beavers, who have built dams all over the lake. If you are lucky, you will see them hard at work during your hike. Even if you don’t see them, you will see evidence of their construction all around the lake: 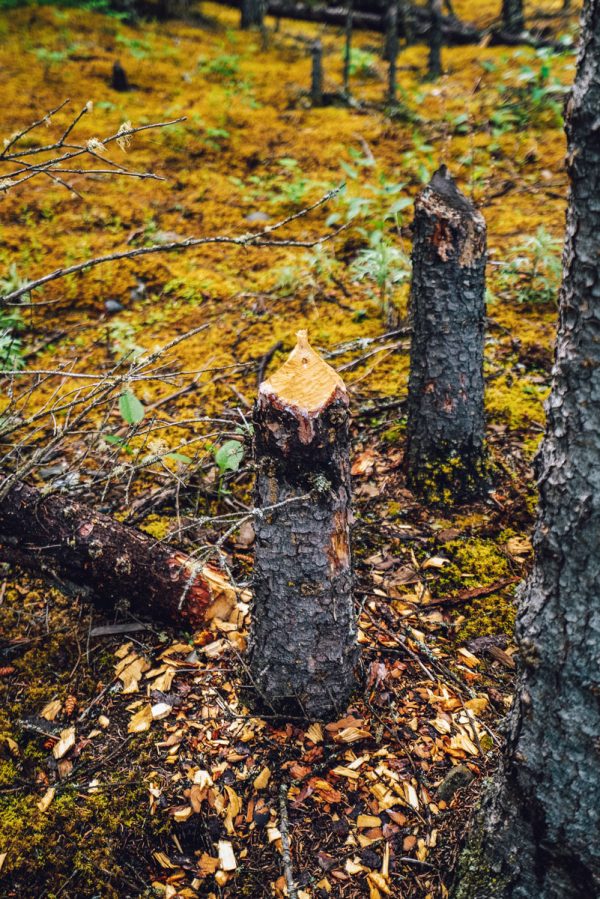 I have to give credit where credit is due though! We use All Trails to find the best trails wherever we are hiking. Here’s the AllTrails page for this hike. 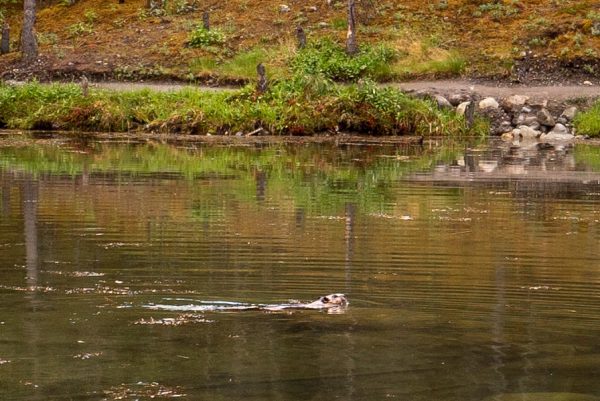 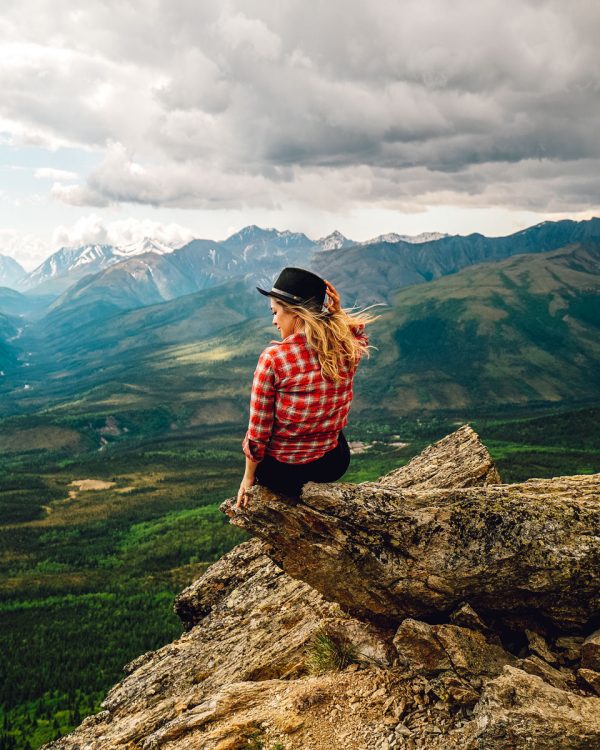 If you’re looking for a moderately strenuous hike in Denali National Park with amazing views, consider the Mount Healy Overlook Trail. This out-and-back approximately 4-mile hike winds its way up Mount Healy. The trail is clearly marked and not too steep, it’s just up and up! The effort is well worth the reward. Go a little further up the ridgeline for a completely different view and even fewer crowds.

The trailhead is close to the Visitor’s Center but was only lightly trafficked when we went in late mid-June. Our preference was to stick with the trails near the Visitor’s Center to cut down on bear and moose interactions, which can be quite dangerous! Our preference was to see these amazing creatures from the comfort of the bus tour! That being said there has only been one human fatality from a bear attack in the entire history of the park. 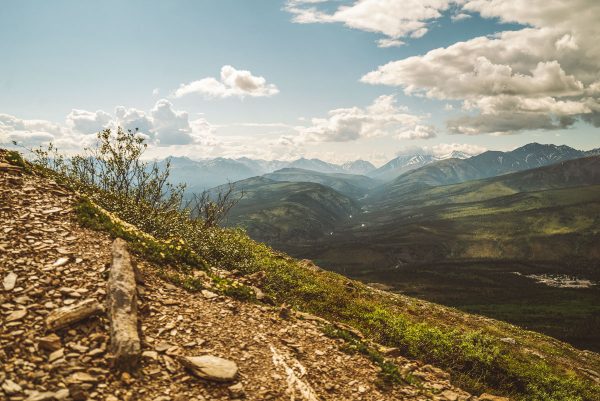 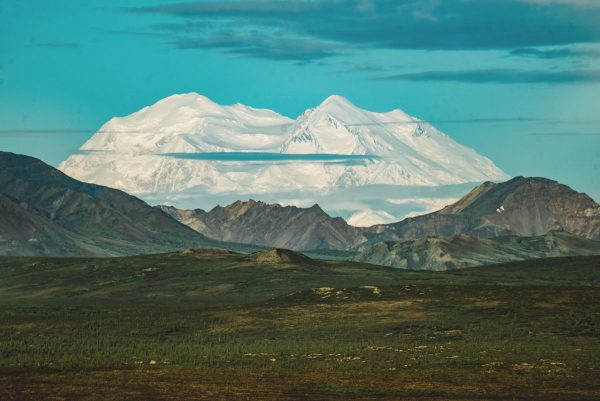 First, let’s clear things up. Is the highest peak in North America Mount McKinley or Denali?

Denali is the traditional Alaskan indigenous peoples’ name for the mountain. It was “named” Mount McKinley by gold prospector William Dickey in the late 1800s. Then presidential candidate William McKinley had no connection to the mountain and actually never visited. After a campaign by the Alaskan Legislature to rename the park to its traditional name, an act by President Obama renamed the peak Denali on the eve of the National Park Service’s 100th anniversary.

We caught a glimpse of the famous peak at the start of our bus tour. By the time we got closer, it was entirely obscured by clouds. Apparently even getting a glimpse puts you in a selective group. Only about 30% of visitors to the park get the chance to see Denali. I hope you get lucky too! 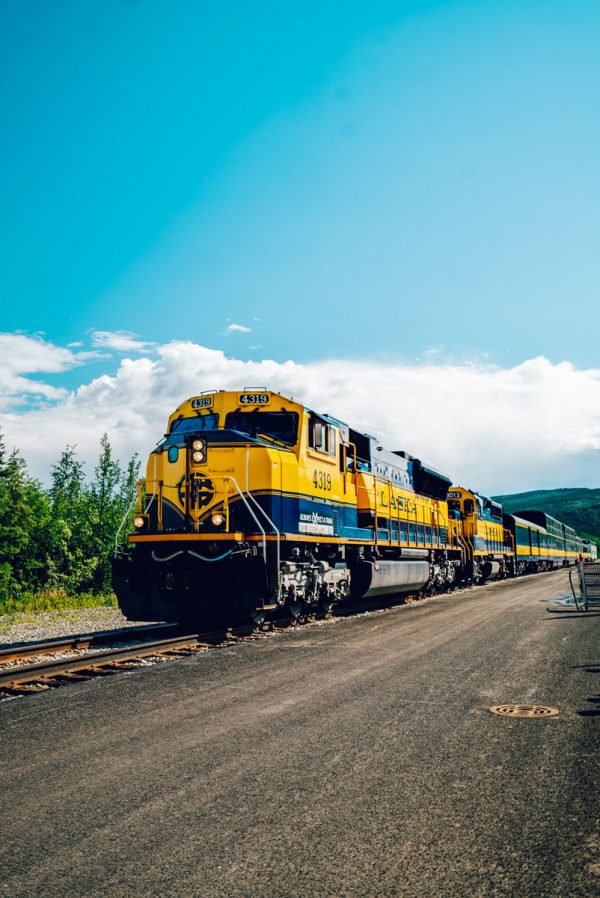 Hands down, the best way to get from Fairbanks to Denali is by train! This super easy and affordable travel option makes visiting Denali National Park a breeze. The ride was smooth and comfortable.

We traveled Goldstar Service (premium class) and were seated in an unbelievably beautiful glass-domed train car that offered amazing views during the trip. The train moves very quickly, but if you pay attention there are lots of moose along the tracks. 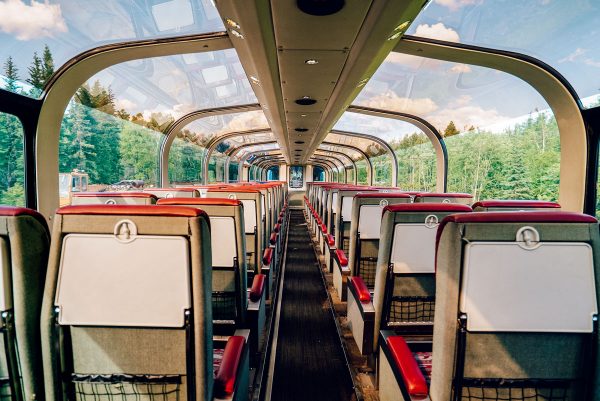 The food was fresh and flavorful. It felt so fancy dining on a train with a white tablecloth and enjoying a three-course meal. Two alcoholic drinks are included with the Goldstar Service ticket.

Train service from Fairbanks to Denali National Park runs mid-May to mid-September. The ride is about 2 hours and 30 minutes. Are you traveling to Denali National Park? Pin this guide for later!