Pat and I took a day trip to look for some waves while we were camping in the redwoods.  We settled on Shelter Cove, which looked like it wasn’t too far away on the map.

It turned out the way there looked a little like this: 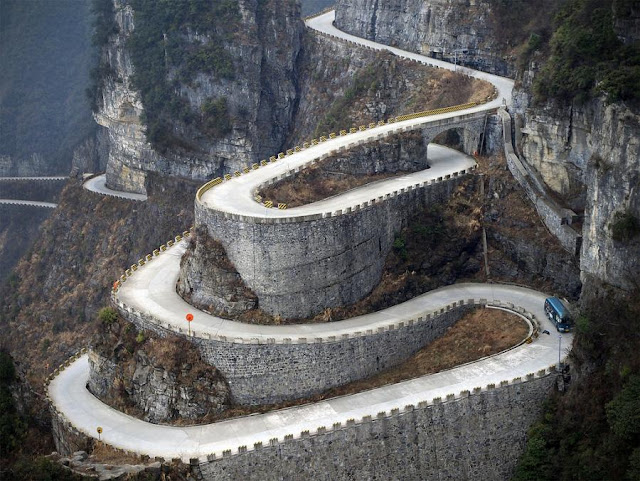 Luckily, it was well worth the drive when we got there.  Shelter Cove was a beautiful place and the waves were decent.  We also had some great interactions with the locals.  First, we met Ray, owner of Ray’s Food Place.  Here we gathered several delightful bits of Shelter Cove History and Current Events.  He explained to us that Humboldt County is one of the biggest places in the country for growing marijuana.  Apparently, much of it is controlled by the Russian Mafia.  Ray warned us repeatedly to not to go hiking anywhere in the hills this time of year – men with big guns have a tendency to turn up defending their crop.

We got to the road to go to the cove beach and found most of the town (about 40 people) gathered to see a tractor tipped over blocking the entire road.  The boy who was in charge of hauling fishing boats out of the water had had a bit of an accident. 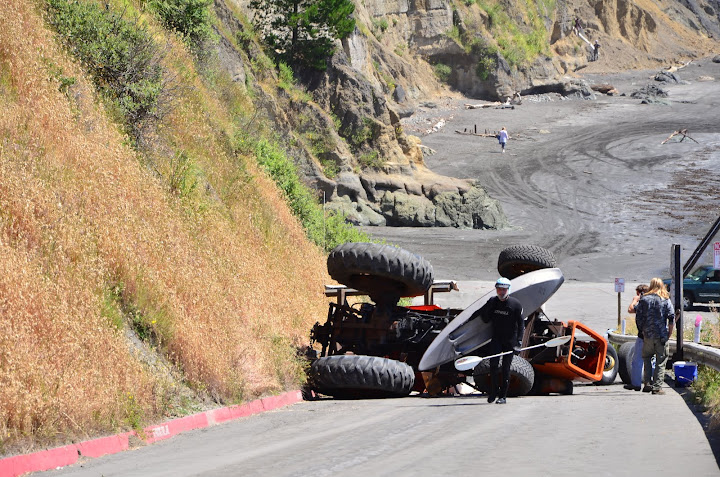 It was great to have a day in the waves.  The water was not as cold as Oregon, but still pretty chilly.  Of note, most of the local men surf.  It’s funny to see all the middle-aged guys with beer bellies stuffing themselves into wetsuits.  It’s kind of been a theme for surfing in California!

Needless to say, it was a great little trip, but not worth the horrible drive to do it again! 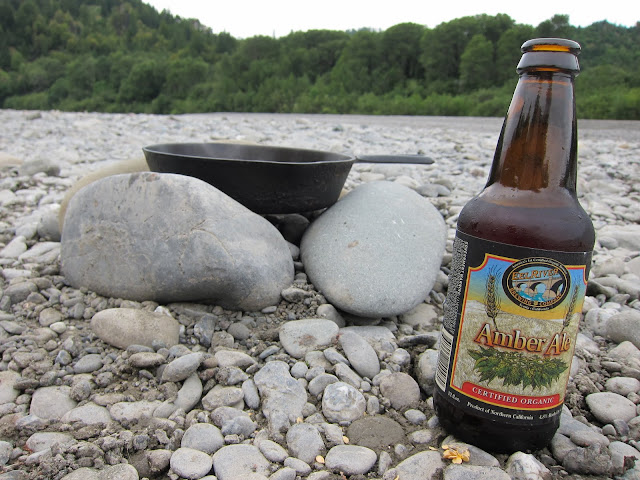