The start of our San Francisco to Manchester adventure flying direct with Virgin Atlantic, plus a look at Virgin’s Upper Class Cabin and SFO Clubhouse lounge. 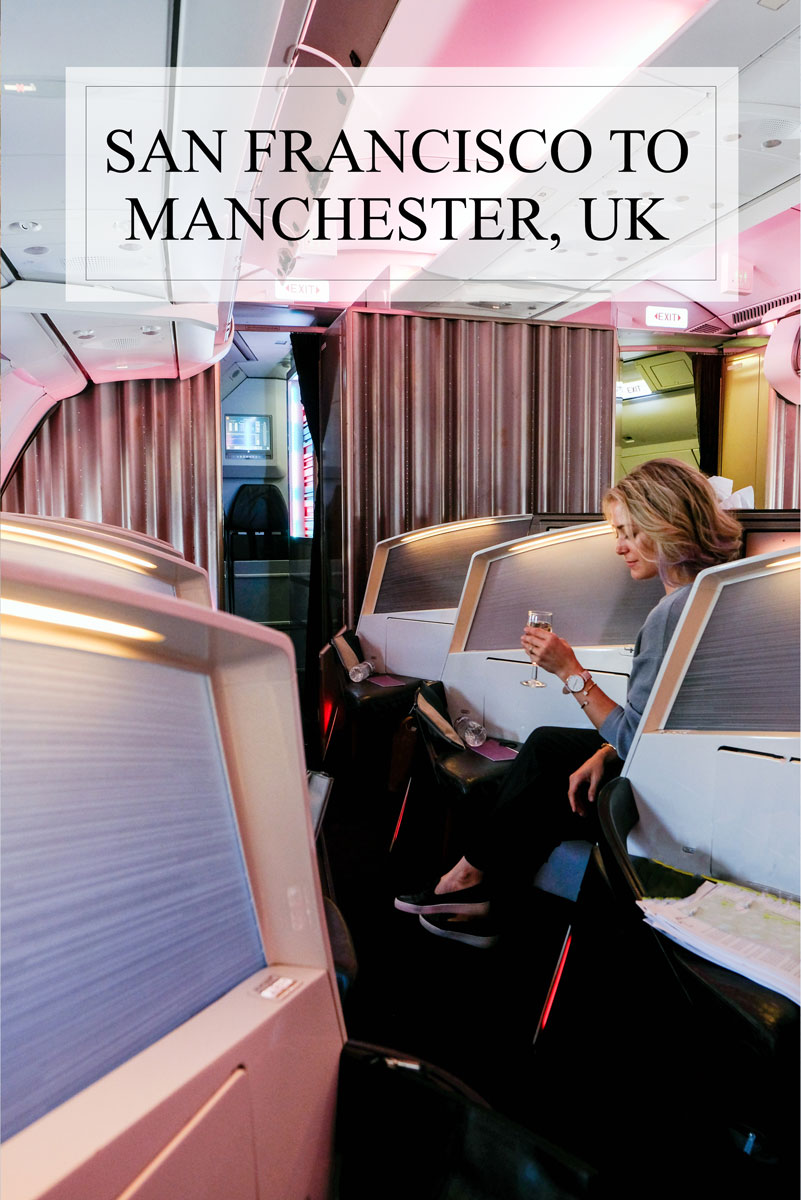 If you follow me on Instagram, you already know Cynthia from CynEats and I spent a few days in Manchester, UK earlier this summer thanks to my friends at Virgin Atlantic.

I obviously jumped at the chance to help celebrate the launch of their new direct flights from San Francisco’s SFO Airport to Manchester, United Kingdom. If there’s one thing I know about Virgin Atlantic – they know how to travel in style…. Read More » Our home base for our epic London adventure with Virgin Atlantic was the Sea Containers Hotel (Formerly the Mondrian London Hotel) on the South Bank of the Thames River. It was absolutely awesome – chic modern rooms and a surprisingly amazing food and drink scene…. Read More » As you know, a few weeks ago I had the opportunity join a couple of my blogger girlfriends for a quick trip to London as a guest of Virgin Atlantic. The trip was in celebration of their awesome direct San Francisco to London flights…. Read More » It seems like I just got back from Australia a few minutes ago, but I’m off again on my next adventure! The amazing folks at Virgin Atlantic have invited me and a couple of my blogger girlfriends to a long weekend in London!

I fly Virgin Atlantic every chance I can because of their amazing customer service, comfortable planes, low fares and dependability. Side note: does anyone else count their safety video as one of their favorite music videos of all time? I’m so grateful that they’ve chosen me to be a part of this trip. Make sure you check out my Snapchat and Instagram accounts to follow along on our adventures!

I’ve been on long flights enough in the last six months (both Cape Town and Australia had 18+ hours of flying time one way) to qualify as a savvy traveler. Click through for some tips for what to wear for a long flight and what to pack in your carry on.

P.S. – We’ll have a bit of unscheduled time in London when we’re not having epic adventures. Any recommendations for things to do or see?… Read More »

Yesterday I went to the fabulous Tate Modern, the modern art museum of London. It had works from many of my favorite artists….Picasso, Warhol, Matisse, and more. I really enjoyed wondering around the museum enjoying the art. I also did a bit of grocery shopping and updated the blog….did you notice I added three posts!? Today I toured the Tower of London in the morning. It’s a bit chilly here, which is unfortunate because I didn’t pack for bad weather. Who thinks about sensible clothing when they’re going to an island tomorrow! The Tower of London is located right on the Thames and is famous for being a fortress, a palace, and a prison. It is the place where many famous people were executed from 1000-1600.

A replica of the torture devices: Legend has it if the ravens leave the Tower (there are six, and they are named) the Crown and England will fall. We were warned – they bite! If I only had a twist of lime and some tonic with my Beefeater! The Tower of London is also the home of the Crown Jewels. I can’t even believe how beautiful they are. They took my breath away!

On the way back to Dan’s I caught the bridge going up! I met Dan for sushi! After eating it two or three times a week at home, I was craving it, so it definitely hit the spot. After lunch I went to the British Museum – a lot like the Smithsonian as far as scope and quality of works. The difference is, many of the pieces are not behind glass and you are allowed to photograph everything! There aren’t even metal detectors to get in the museum…and it’s free! A stoneware figure from the Ming Dynasty. The figure of a judge’s assistant is holding records of evil deeds under his left arm. Think I’ve become an art history buff? Just kidding! I also took a picture of the caption so I could share the story!

Probably the best part of the day, and one of the highlights of the trip was catching a play at the replica of the Globe Theatre. The show, En Extremis, was a play written just for the theatre. It’s the story of two lovers who struggle with the religious views of the time and try to make religion more accessible for the masses. I bought a very cheap ticket (10 pounds) but got the best seat in the house! I was in the front row center of the first level. The play was great…very modern with a lot of activity. One memorable line was said by the Mother Abbess: “There will be no more f*ing in the trees!” Like I said, this was a modern version of Shakespeare. The show was amazing. On the way back to Dan’s I once again caught Tower Bridge rising: Quickly though, everything returned to normal: Tomorrow afternoon I catch a flight to Ibiza! I can’t wait to do nothing but sleep, lay in the sun, and sleep while laying in the sun! It’s going to be spectacular!