Today we started out at the International Rose Garden.  Portland is called the Rose City, and they prove it with this incredible free garden.  The number of roses was almost overwhelming and I kept expecting to hear the “We’re painting the roses red” song from Alice and Wonderland! 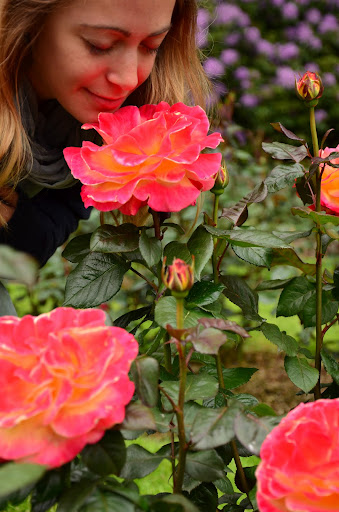 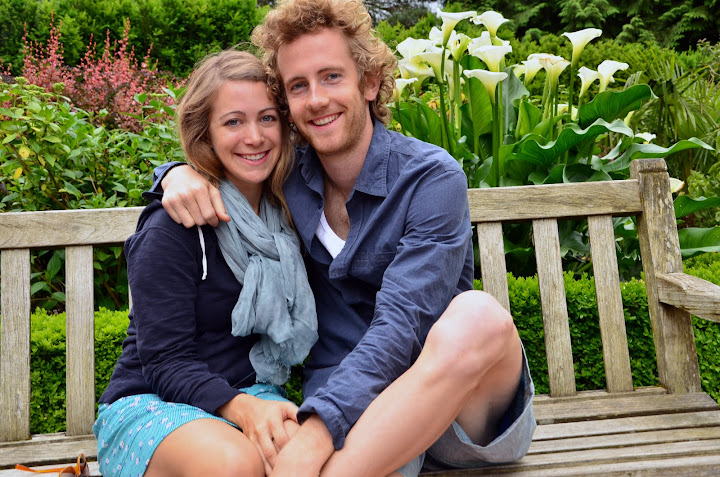 There was also a Japanese Garden across the street, but we decided the $8 price tag was just a bit too much for out budget.  Instead we did the “Google Tour”, which was still quite impressive.

After that we visited the “Alphabet District” on 23rd street, where the streets that cross is are named from A to Z.  A bit of trivia, many of the characters from The Simpsons are named for these streets, including Ned Flanders, the bully Kearney, Reverend Lovejoy, Mayor Quimby, and Milhouse Van Houten.  (Thanks to Wikipedia)

I forgot to pack a sweater, so I stopped in Brooklyn Industries and bought this awesome snap fleece:

We also stopped at the Portland Bagel Company and enjoyed their Bacon and Cheddar bagel, which was phenomenal.  Lunch was a crepe at Vivace – brie and pear. 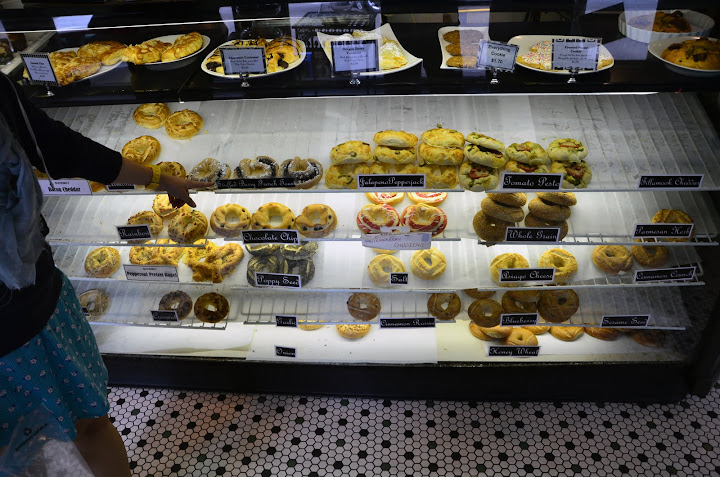 On the way out of town, we stopped at Widmer Brothers Brewery.  We got a sample paddle and I finally found the amazing craft brews that I was expecting in Portland.  Their beers were beyond delicious!  My favorite was the Himbeer Gose.  It was raspberry flavored and bright pink, much to the dismay of Pat.  He found the Rotator IPA and the Nelson O’Ryely more enjoyable.  We will definitely be looking to bring a case of their beer home! 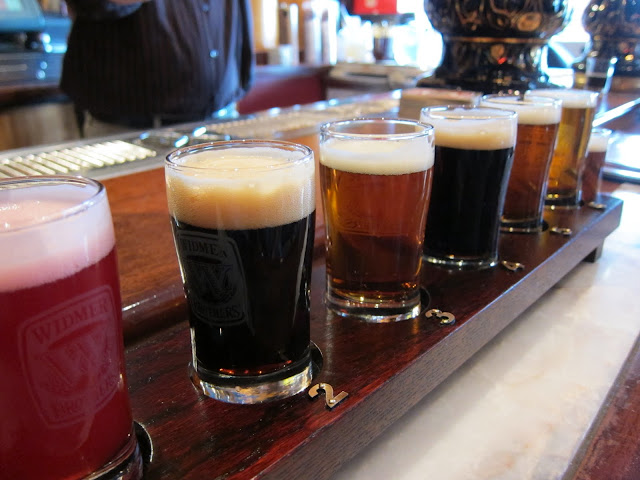 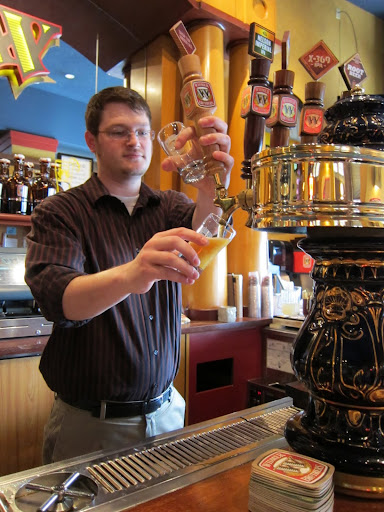 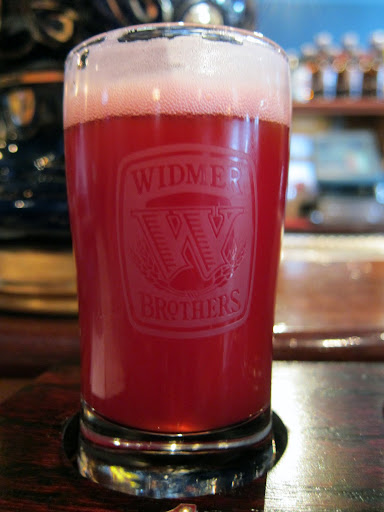 That was the end of our time in Portland.  Next stop – Oregon wine country. 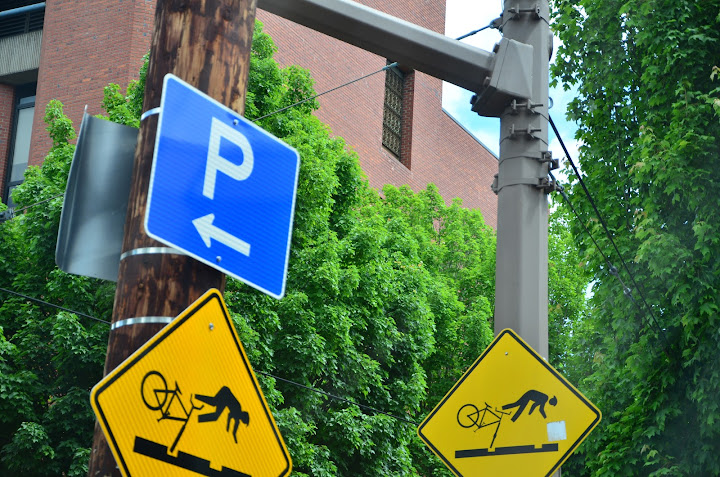