Lox & Bagel Cream Cheese Crostini are a fun spin on your favorite brunch food. They are easy to make, and they taste better than the original! These lox and bagel cream cheese crostini are like brunch in appetizer form. A classic example of two separately awesome things coming together to make something even more amazing. (Two more great examples: sushi burrito, and a s’mores milkshake.)

Whipping up a batch for a backyard dinner party that Pat and I recently hosted was quite easy. You may not know it, but San Francisco’s best weather of the year happens in September! It’s the only time of year that we can be outside at night without being bundled up in a winter coat (and a scarf…and mittens). We wanted to celebrate a night of warm weather by gathering a few friends to eat outside.

What I didn’t want to do was spend hours in the kitchen getting ready. After you have the crostini made, it literally only takes minutes to assemble the toppings for the crostini. The cool creaminess of the Philadelphia Cream Cheese in this recipe really balances out the smoked salmon nicely. There’s no substitute for the fresh milk and real cream in Philadelphia Cream Cheese, which is made with no preservatives. It adds the perfect flavor and richness for this fun and easy appetizer. And if you’re a long time reader of mine, you’ll notice that I use it all the time in both sweet and savory recipes!

I always like to talk about what you can make ahead of time when you’re preparing for a party. You can pickle the red onions the night before and make the crostini the day before. Just make sure you bake the crostini until they are quite crisp and store them in an airtight container. 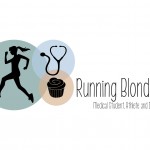 Lox & Bagel Cream Cheese Crostini are a fun spin on your favorite brunch food. They are easy to make, and they taste better than the original!

For the pickled onions: leaving the onions in vinegar for an hour makes them soft enough so that they stay nicely on the crostini but don’t have a strong pickled taste. Leaving them overnight will increase the pickled flavor and also make them a beautiful pink color.

Turn to Philadelphia Cream Cheese for all of your entertaining needs. Always have it on hand to create appetizers and desserts that pop. I had a great time developing these Lox & Bagel Cream Cheese Crostini for our backyard dinner party. Click here for more creamy, delicious recipe ideas.