Travel » Tips for Traveling to Japan 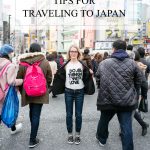 Tips for Traveling to Japan – what to pack, etiquette, culture expectations, navigating public transportation, how to get tax-free purchases and more! 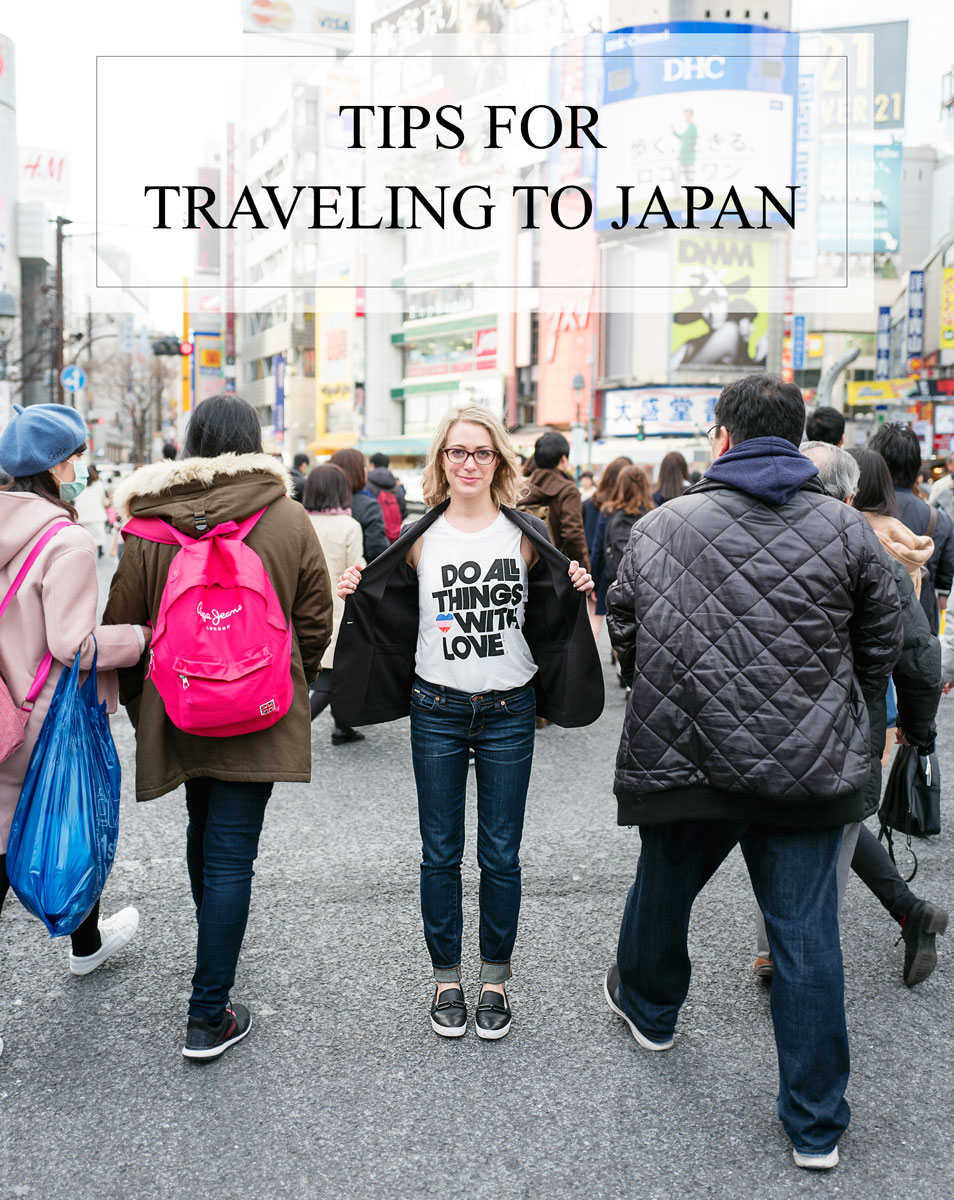 Oh Japan, you magical place. Full of heavenly meals and amazing sights, you’re a world apart from any place I’ve ever visited. You’re a place of particularities, of customs, and graciousness. Your people are polite to a fault, reserved, and rigid in their expectations. And I’m madly in love with every bit of it.

You will experience culture shock. That little anxious feeling rises up in your stomach when you can’t read the signs and don’t speak the language and are wondering what the heck you got yourself into! Don’t worry though, it will get better and it’s all worth it for the chance to explore this amazing country. Read on for some of my tips for getting the most out of your trip to Japan. 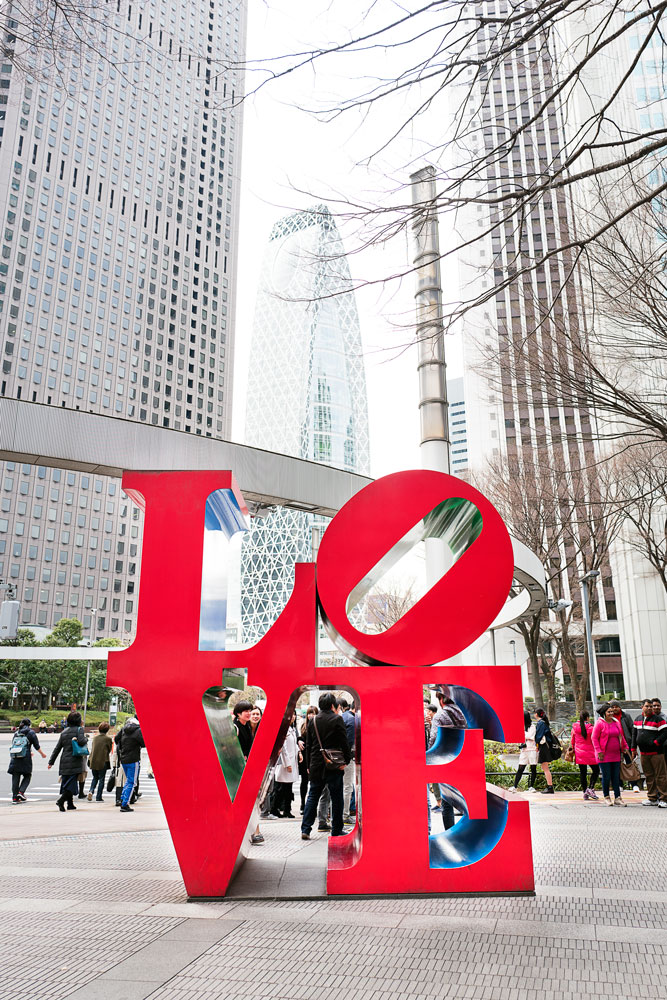 The train systems in Tokyo and Japan are amazing. You can easily cross the city for just a few dollars, saving you lots of money over taking a taxi. In addition, the train is clean, quiet and safe. Just make sure you…

Keep your voice down on the train.  Even when the train is packed full, it’s so quiet you can hear a pin drop. No one talks on their cell phone, listens to music loudly with headphones, or even has a conversation with their travel companion. Other than during rush hour, riding the metro in Tokyo can actually be relaxing!

Ask for help. Press the help button when buying a ticket – with multiple train systems in Tokyo, and many of the maps only being in Japanese, it’s often impossible to tell what you’re buying a ticket too. I actually bought a pass for the wrong train system a couple of times. I learned that with just a tap of the ‘Help’ button, a friendly station attendant would pop their head out of the booth and tell me the exact fare and which direction to walk to catch the train. Talk about a lifesaver!

There’s an app for that. Both Google Maps and Hyperdia have great public transportation information for Japan. You can find schedules, time until next train and fares all at your fingertips.

Buy a Suica pass for the Tokyo metro. This can save you a stop at the ticket machines, which aren’t always tourist-friendly (see above). You can buy the passes preloaded at major JR train stations and they can also be used to make purchases at stores, restaurants and vending machines. Outside of Tokyo there are similar rail passes that go by different names.

Renting a car. You definitely don’t need a car in Tokyo, but if you visit Okinawa, having a car is essential. Just make sure you arrange an international license before you arrive. 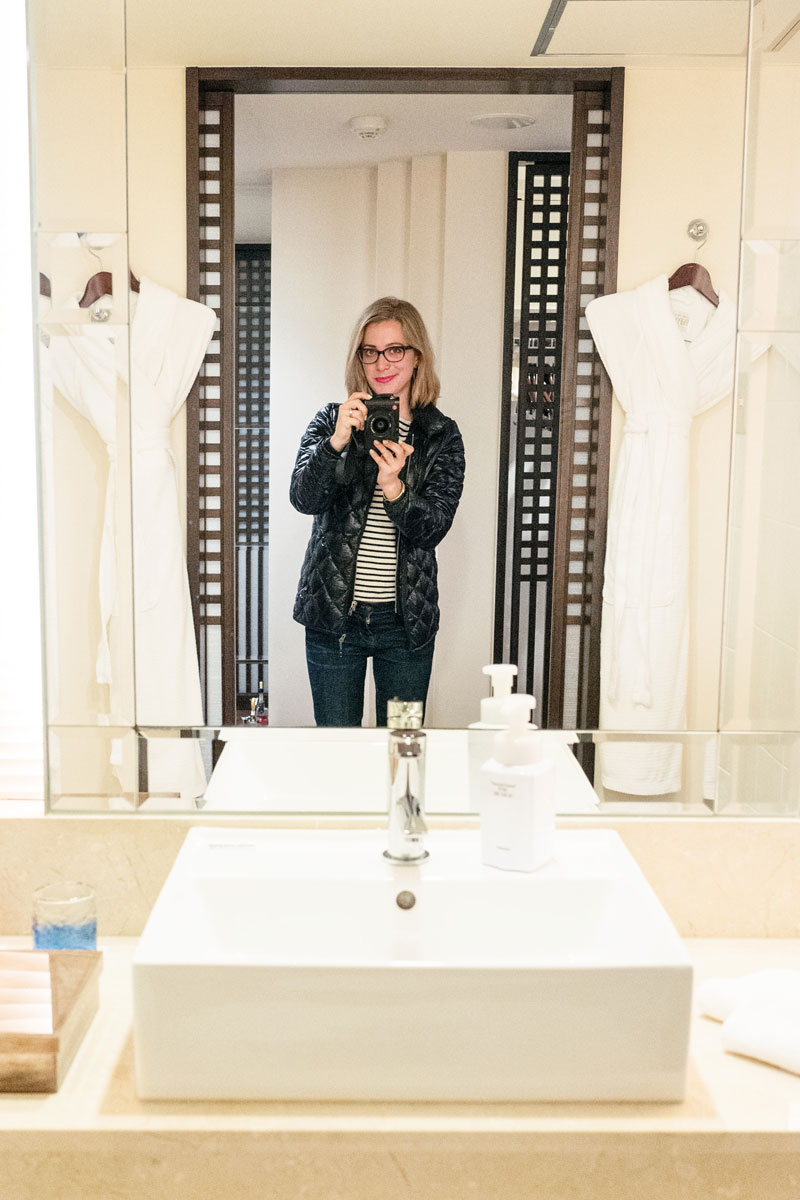 Get a Great Travel Camera

Capture the Moments. One of the things I’m grateful for is renting a camera for m trip from Borrow Lenses. Given I’m a photographer and already have top-of-the-line equipment, this might surprise you! I rented a Leica Q camera for my trip which is extremely expensive ($4,500) but an exceptional travel camera. It has all the best things of a DSLR (high image quality, good depth of field) with all the best things of a point-and-shoot camera (lightweight, discrete).

Having this tiny wonder meant I could capture incredible photos without attracting too much attention. This especially comes in handy when shooting people as a massive lens pointing at them can be pretty unnerving! It was also great for video as it was easy to stabilize and pan for shots unlike my DSLR which always seems to be shaky as it’s hard for me to stabilize at an arm’s length.

The Leica Q was definitely the MVP of my trip and I wouldn’t have been able to afford one without Borrow Lenses. With ‘technology rot’ (rapid depreciation of camera equipment) it just doesn’t make sense to sink almost $5 grand into a camera that will be replaced by a newer better model within a year or two. In addition to cameras, they have everything from lighting equipment to telephoto lenses. 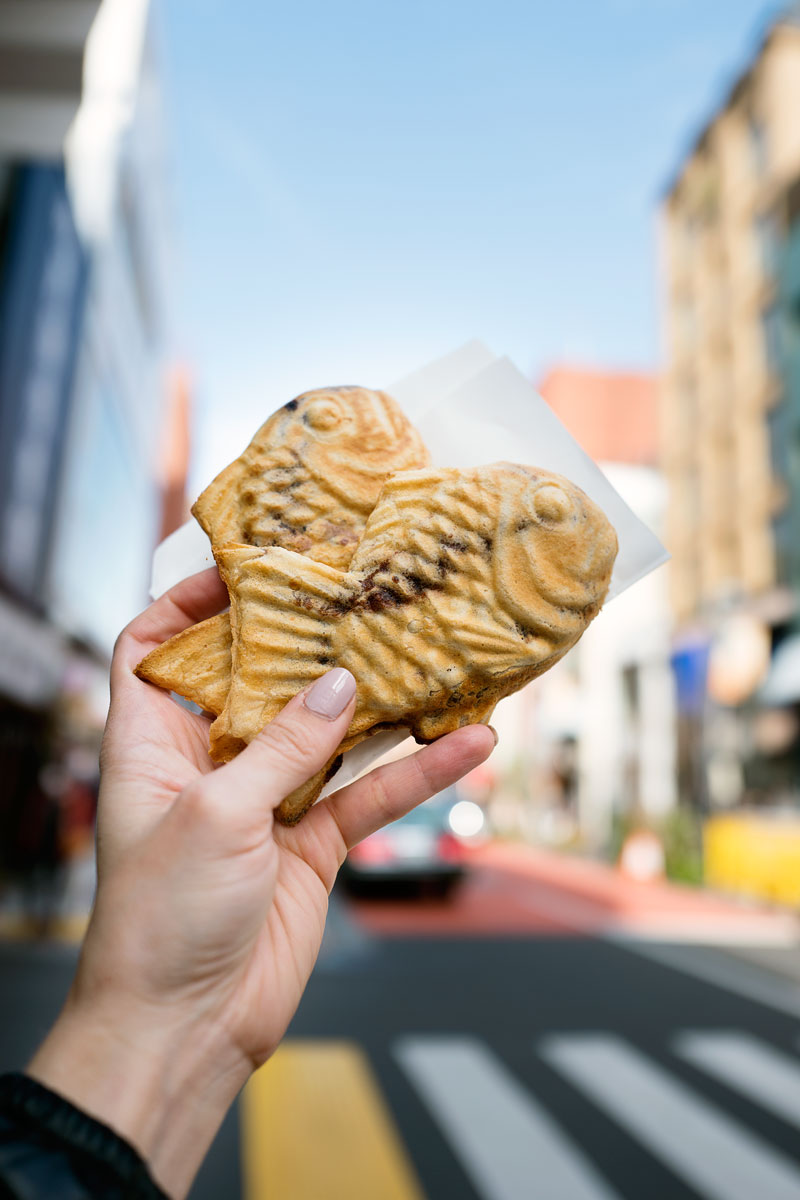 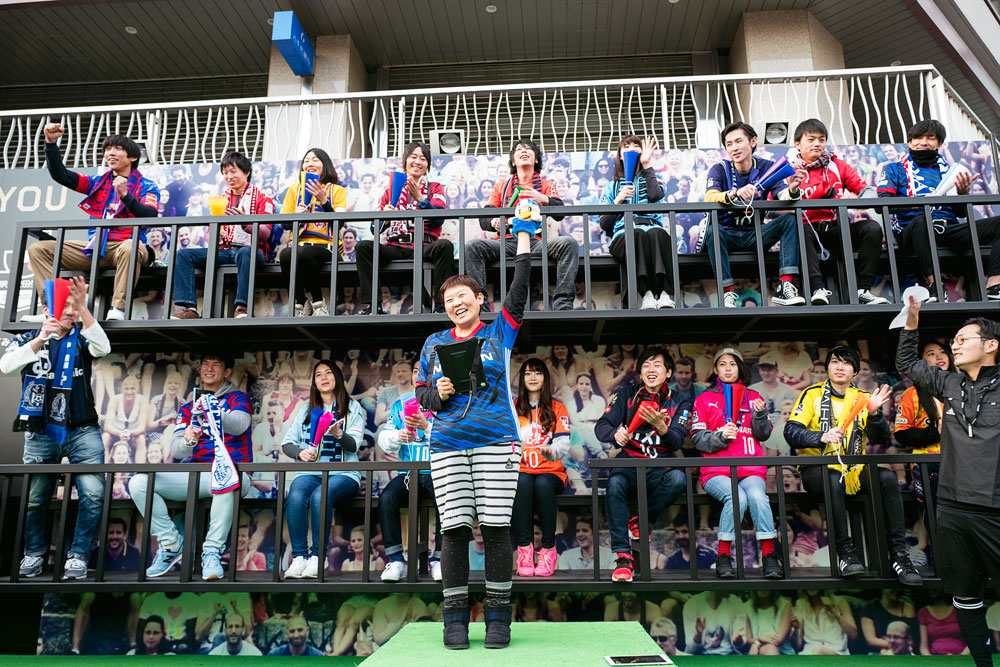 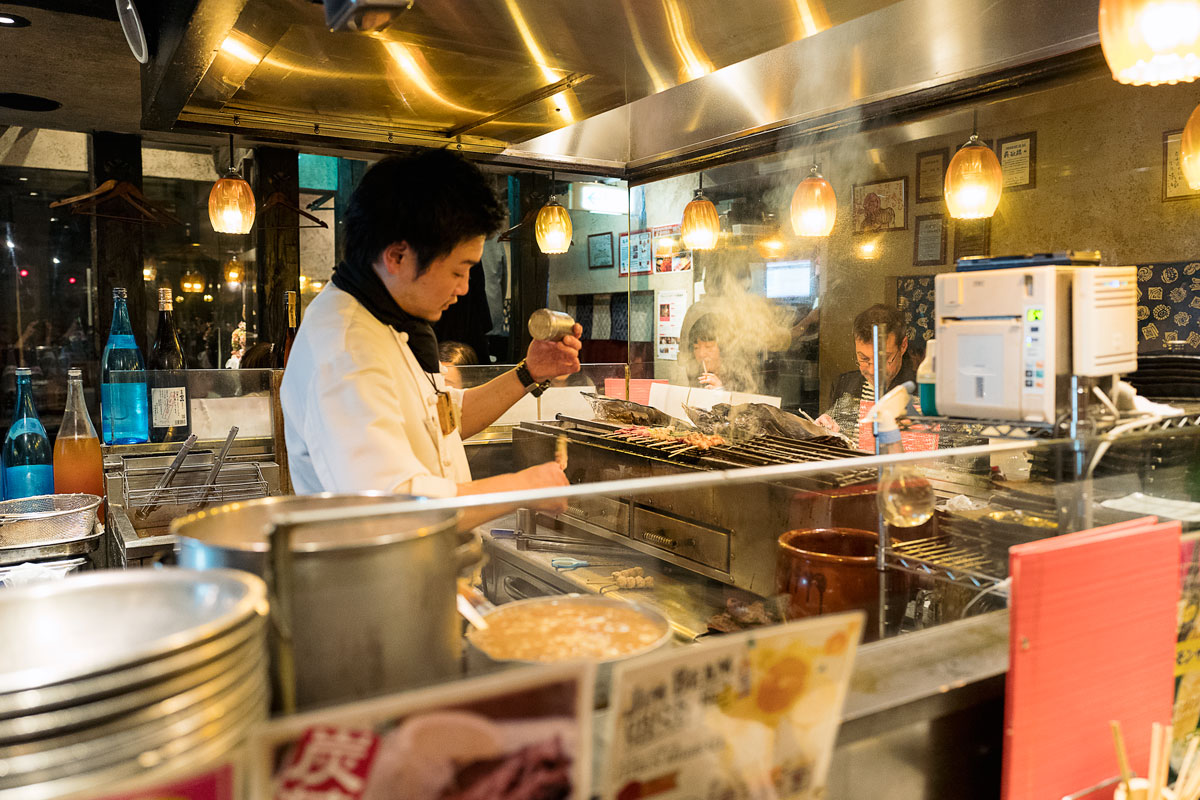 Unlimited WiFi. I feel like an idiot not doing a little more research about this ahead of time. I upgraded my cell phone plan to an international data plan which cost about $85 and didn’t even get me enough data that I felt comfortable using my phone liberally. Little did I know you can rent a portable wi-fi router at the airport for less than $10 per day. That means unlimited phone data use for during the trip, no matter where you are. The speed is amazing and I even connected my laptop to it.

I used Google maps to get everywhere. It even outlines public transportation routes and tells you the fare so having ready access to it was amazing. Even if you don’t want to spring for the portable wi-fi router, in Tokyo there is wi-fi everywhere – hotels, the metro, shopping malls, even bus stops!

Pack small trash bags. Despite being immaculately clean, there are very few public trash bins in Tokyo. People carry things with them and dispose of them when they get home. In a pinch, a great place to throw trash away on the go is Starbucks. 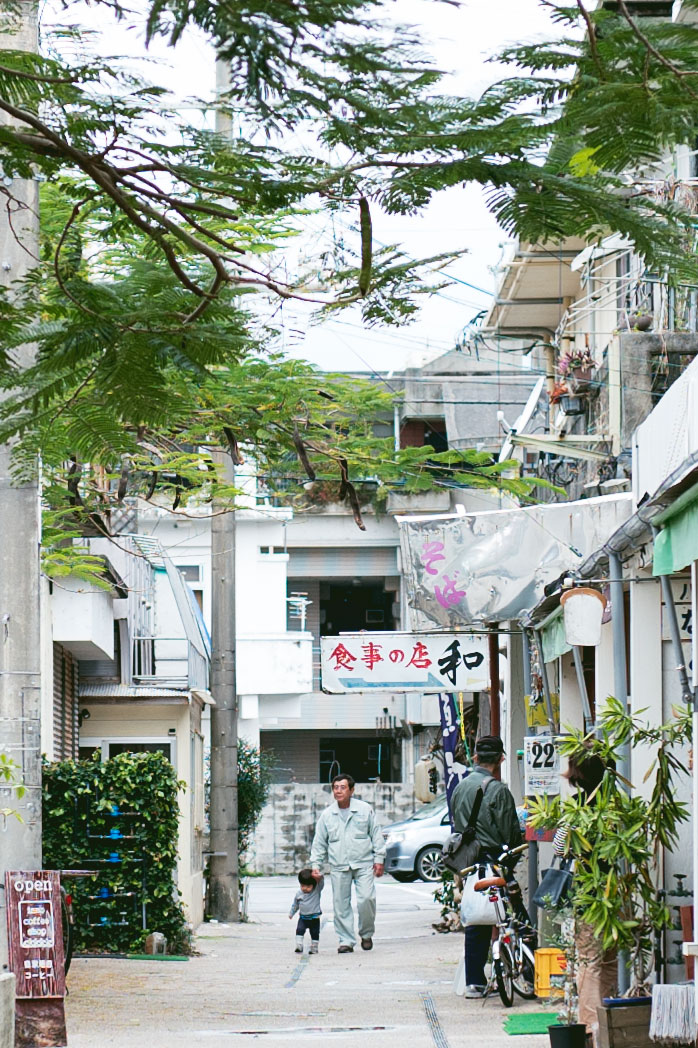 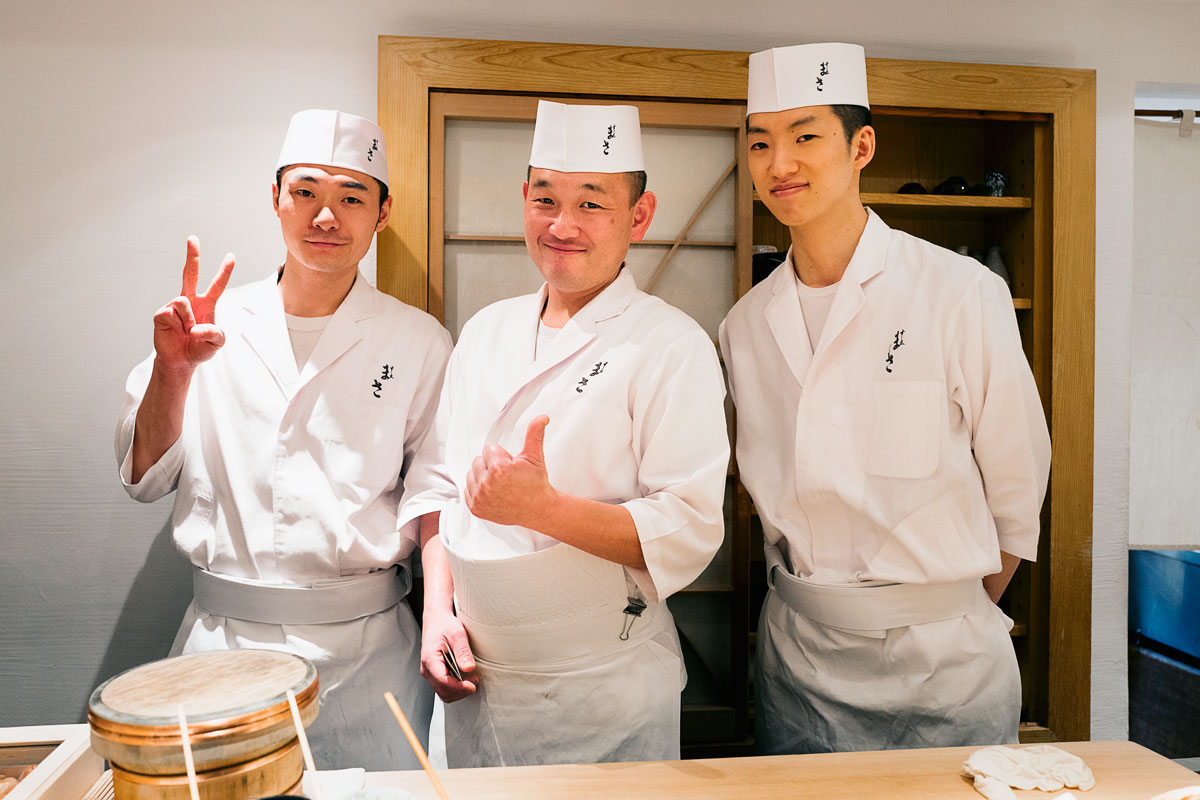 Mind You Manners in Japan

When in doubt, act as you would in a public library. Only talk as loudly as necessary (most of the time this is just slightly louder than a whisper) and don’t talk on your cell phone in pubic. No running or actions that might bother someone else, even in the slightest.

Don’t put your bag on the floor. I do this all the time in the United States, but was met with horrified glances for the same action in Japan. Most cafes or restaurants have hooks under the table or on the wall for your bag. If you can’t find one, putting it on an empty chair is fine too.

Get ready to take off your shoes. A good rule of thumb is if the floor is higher or lower (like steps up to someone’s house or in a restaurant) your shoes will probably need to come off. Look at the feet of the people already there and follow their example. Especially if you don’t like walking around barefoot, pack a couple of pairs of good socks so you’re ready to leave your shoes behind.

No means ‘No’. The Japanese are notorious for their inflexibility. Things work extremely smoothly in Japan, and it’s in part due to this stereotypical trait. It’s sometimes referred to as a dame culture, as dame means ‘no’ or ‘prohibited’.

For example, at the last hotel I stayed at in Tokyo, which was quite nice and had many Western tourists, I asked the front desk if I could pay for part of my reservation in cash to use up my remaining yen and the rest by credit card. The front desk person looked at my incredulously and didn’t even consider it. ‘No’ was her immediate answer. No explanation, no ‘customer is always right’. Don’t even think about asking for menu substitutions when you are out to eat. 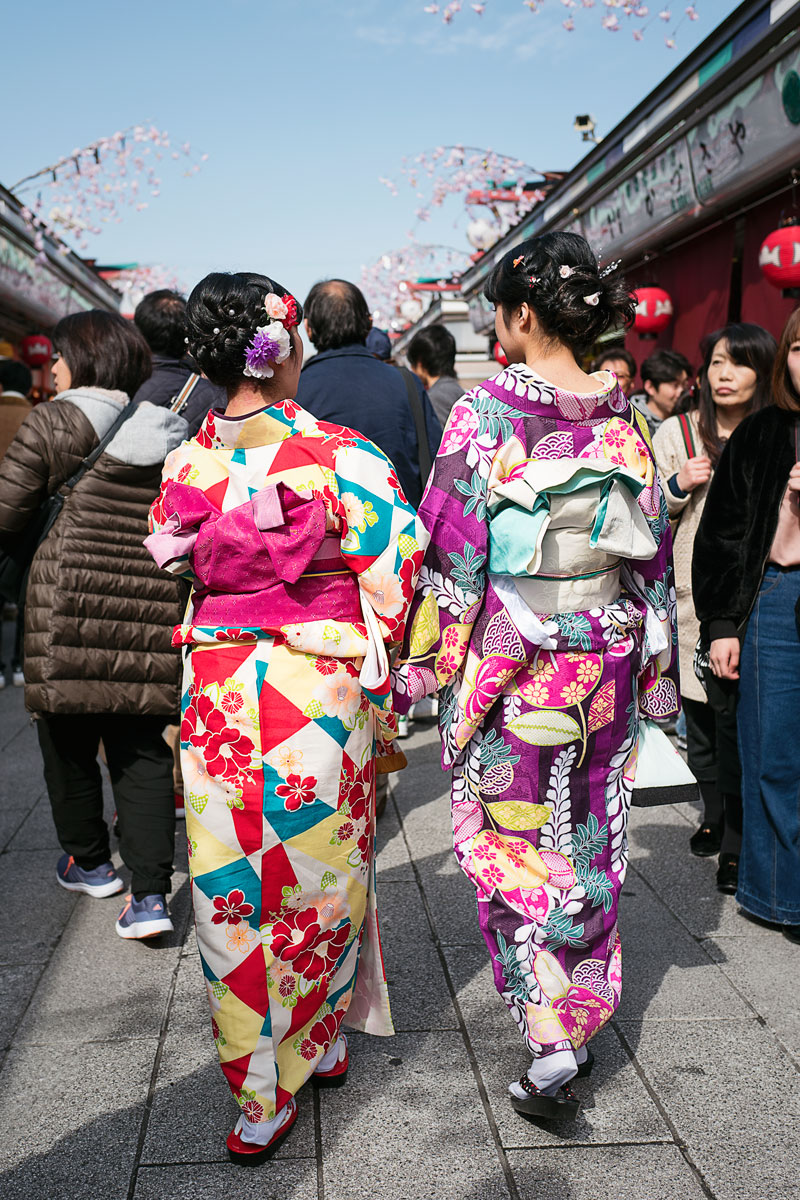 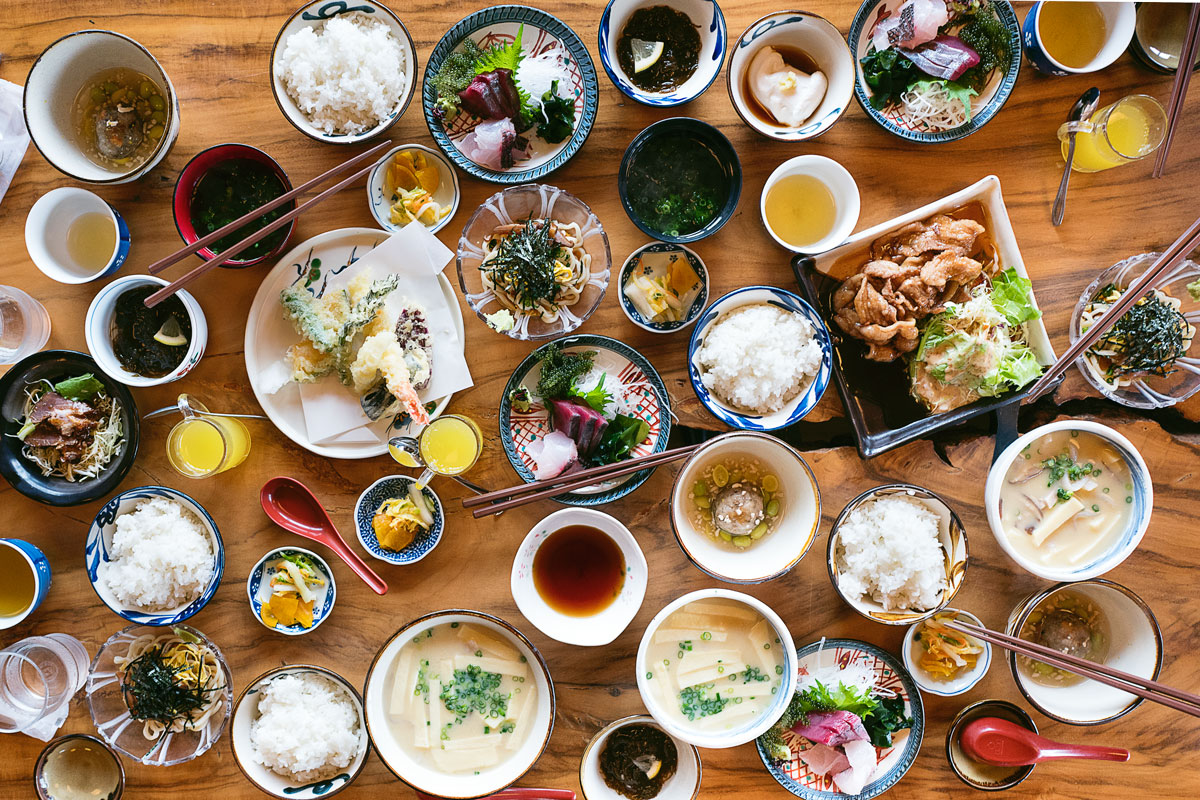 Google Translate App: The language barrier a non-Japanese speaker will face in Japan may come as a surprise. Even in Tokyo, it’s relatively common for people to speak little to no English.

It’s overwhelming to not be able to read maps, street signs, menus, store signs or train stops. The FREE Google Translate app has a camera input option so you can take a picture to translate something into English. While the app isn’t perfect, it’s still really useful. You can also translate English into Japanese so you can show the screen to whoever you’re trying to communicate with.

Take screenshots: I always had my phone with me, so I tried to take screenshots of all of my destinations (hotels, restaurants, stores). That way if I was lost I could just show someone my phone in hopes they could help me with directions. Despite staying at well-known hotels, not a single taxi driver could navigate me to them. I suspect this had something to do with my accent. Being able to hand them the phone showing where the hotel was on the map was amazing.

Learn a few phrases: Even just a simple ‘hello (Konnichiwa)’ and ‘Thank you (arigatou)’ go a long way and will get a positive reaction. That’s a good rule no matter where you’re traveling. 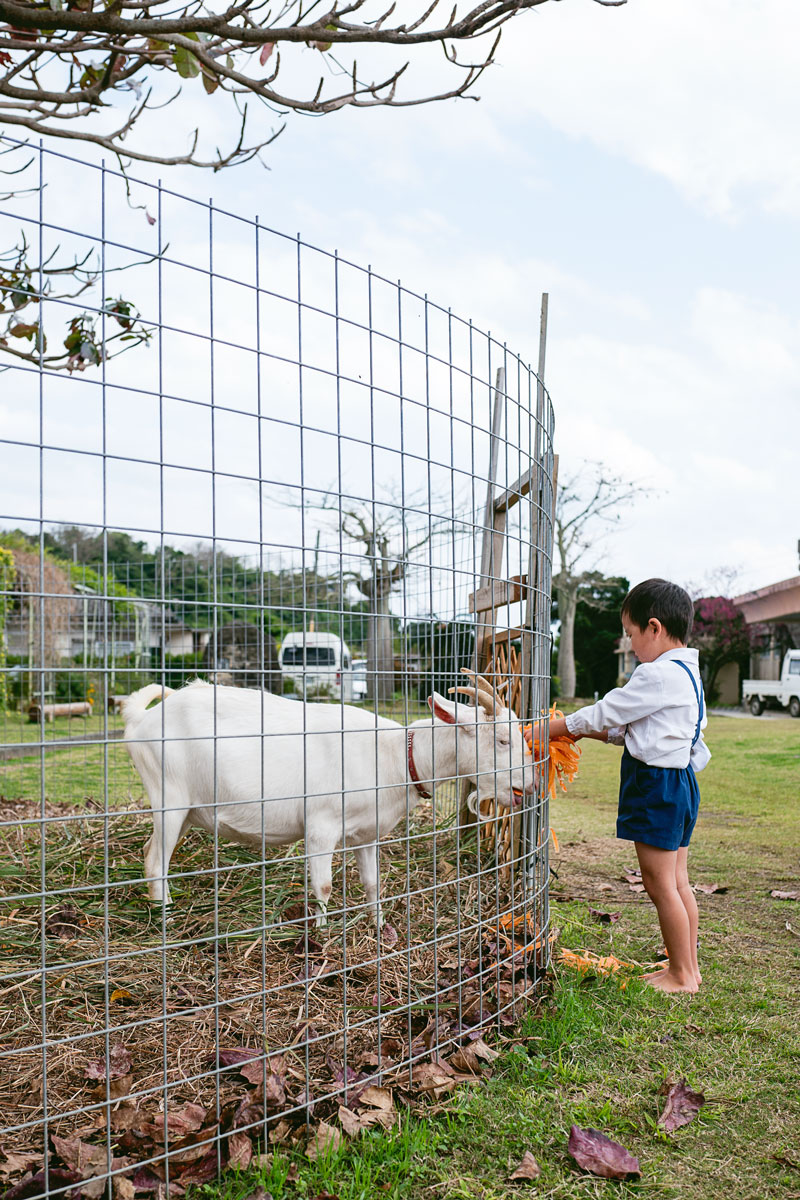 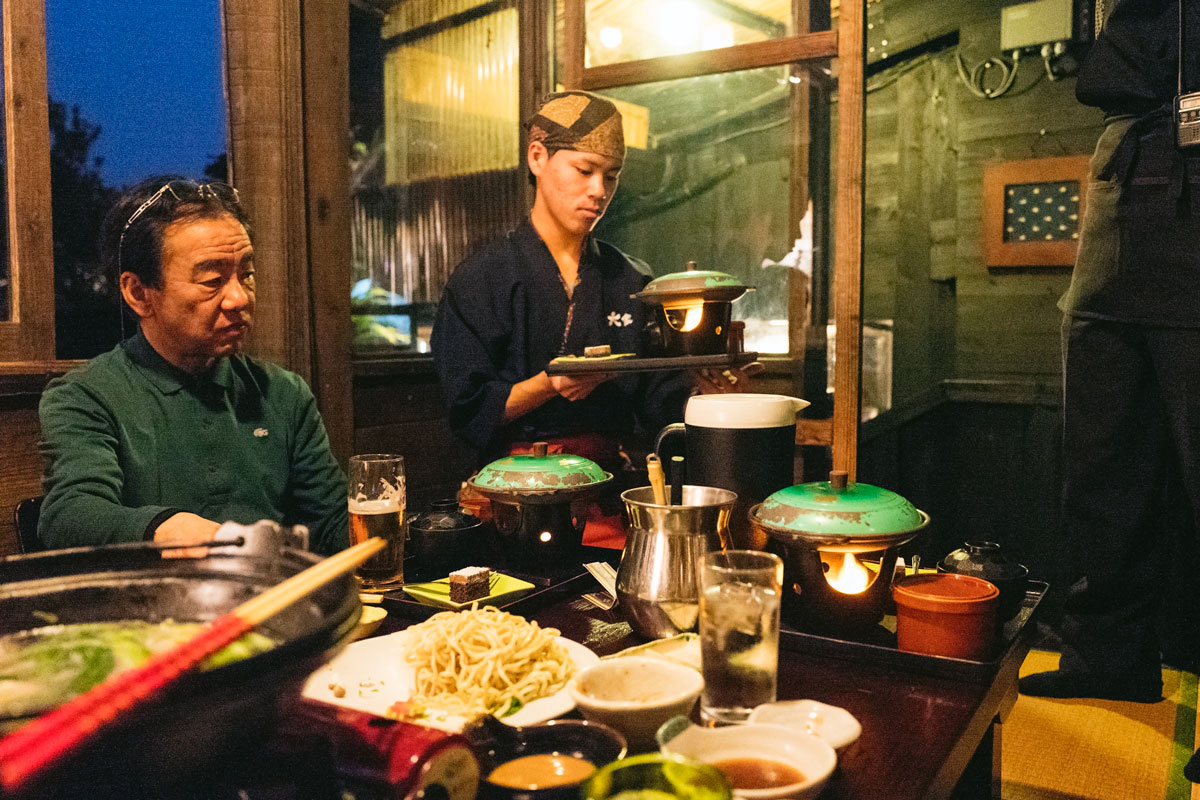 Carry cash. Many places, especially restaurants, are cash only. If you’re in a pinch, nearly every Japanese post office has an ATM that accepts foreign credit cards. There’s even a free app to help you find the one nearest to you.

Don’t tip. Even if you just round up, they will track you down and force you to take the coins. Really. I was leaving a sushi restaurant and the hostess actually followed me down the street to give me the change.

Shop tax-free. Many stores in Japan offer tax-free shopping, saving you 8%. The minimum purchase amount is about $45 (as of May 2017). Just make sure you carry your passport with you as this is necessary for the tax-free forms. Unlike many other countries, you don’t have to stand in line at the airport to claim your refund, it happens upfront when you make your purchase. 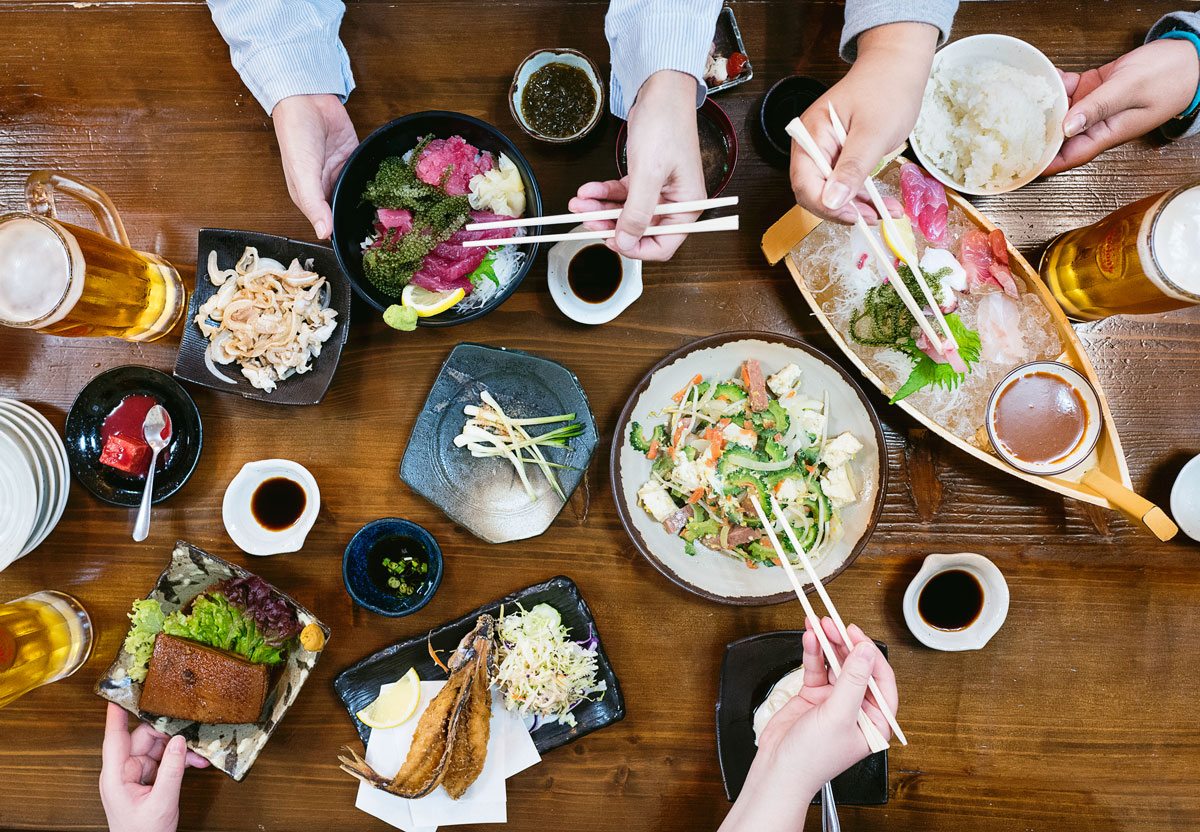 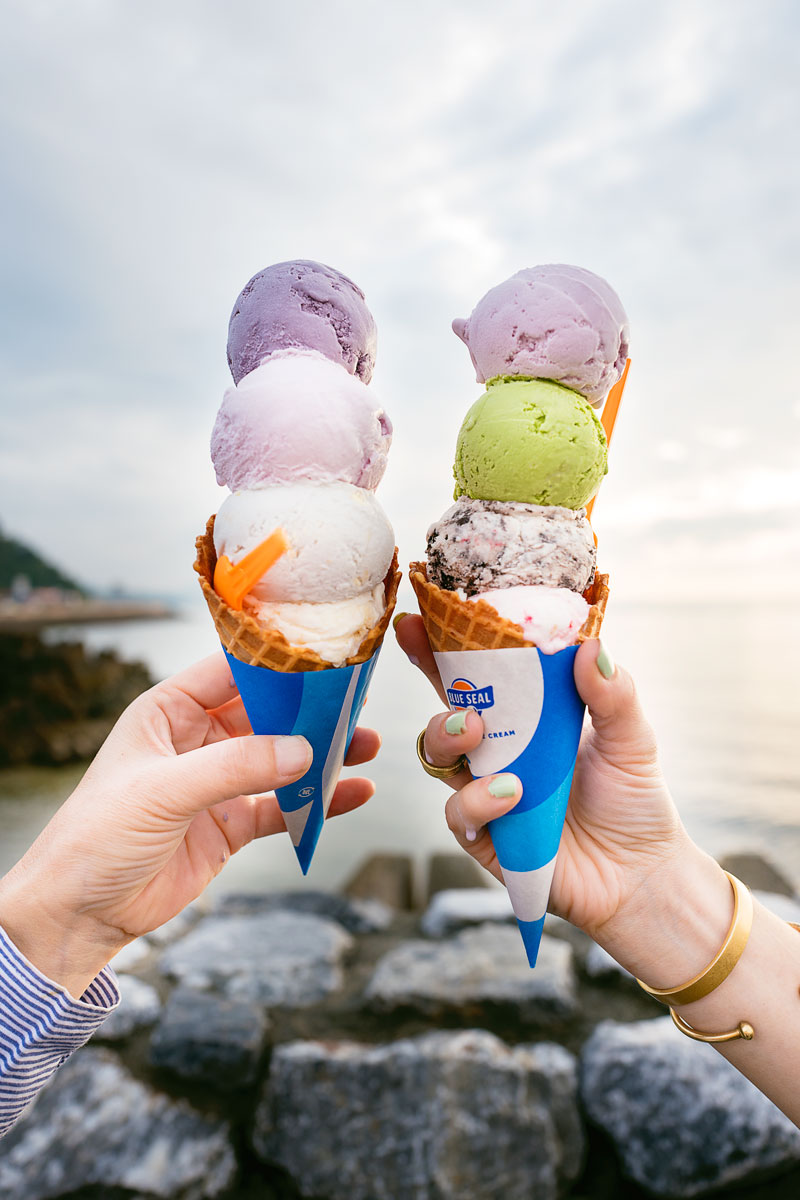 Eating Out in Japan

Don’t ask for substitutions. This falls in line with the same inflexibility I mentioned above. We think nothing of it here in the United States, but in Japan it is considered inconsiderate, or even offensive. Making something not on the menu can be seen as a violation of social norms which is unacceptable.

Get a letter. If you have true allergies or dietary restrictions, get a nicely handwritten letter in Japanese before you travel. That way you can hand your server the letter avoiding any confusion.

Do you have any tips for traveling to Japan? Let me know in the comments below!

All photos shot on a Leica Q.

Here’s a short look at the Okinawa portion of my adventure:

P.S. – Planning a trip to Japan? Check out these posts! 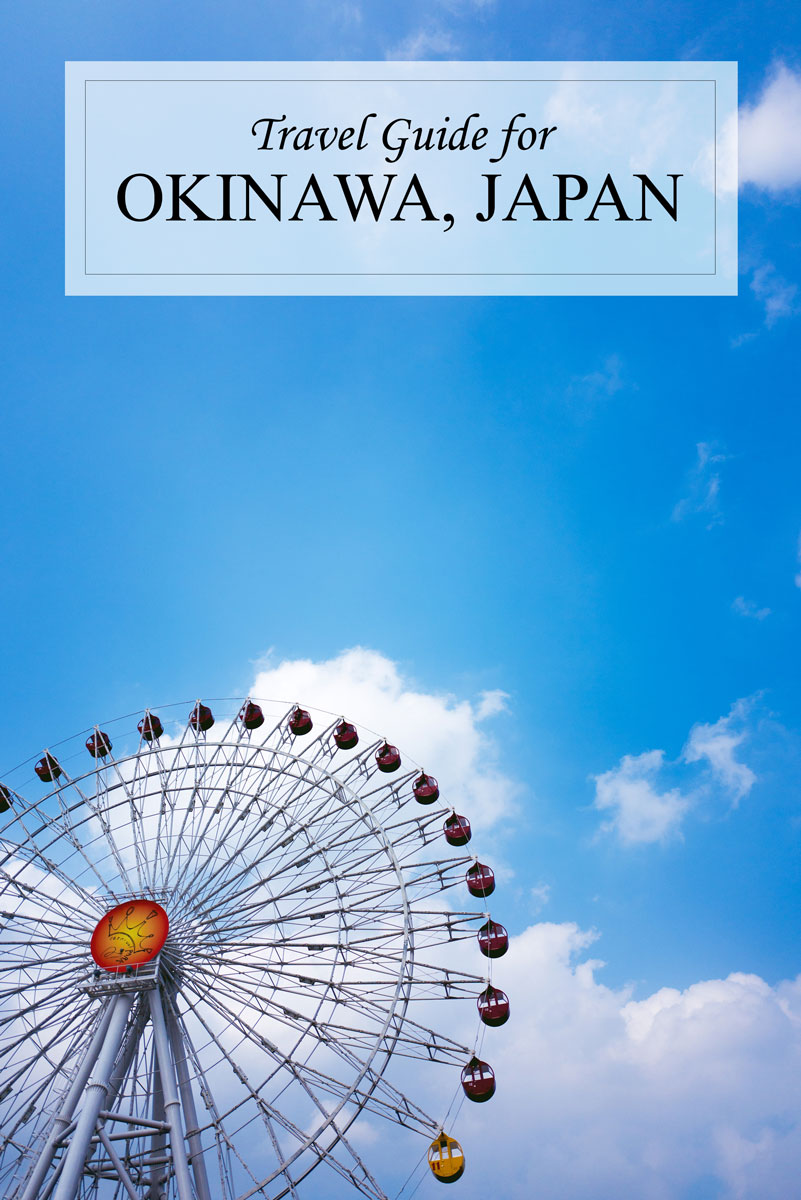 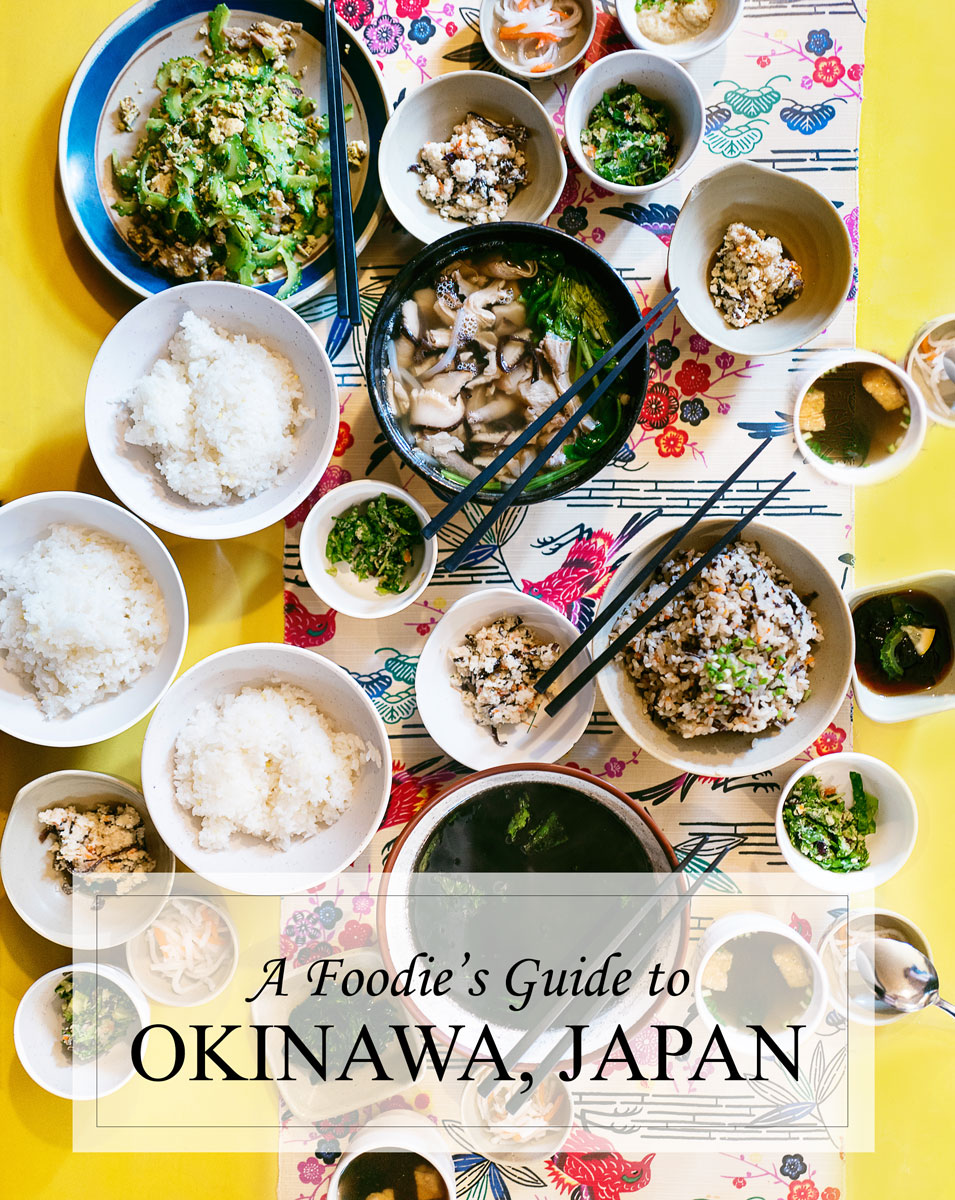 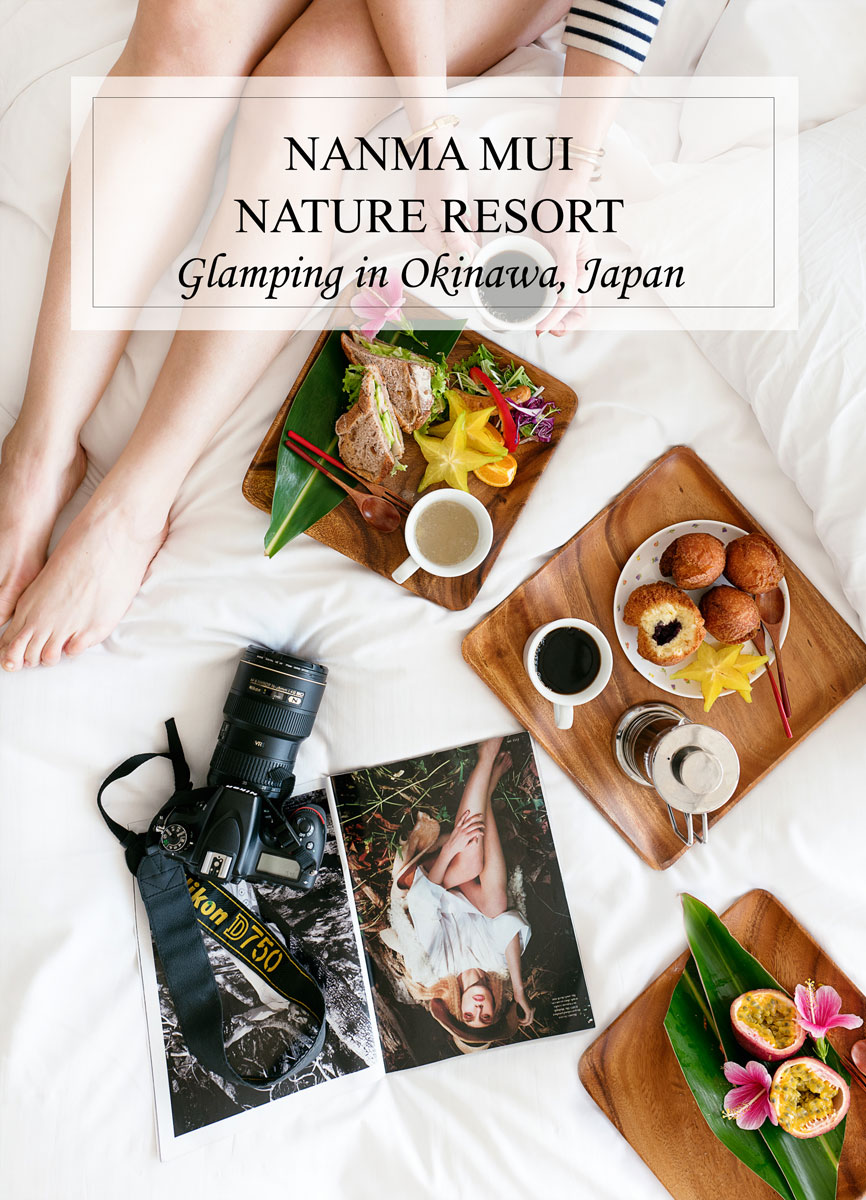 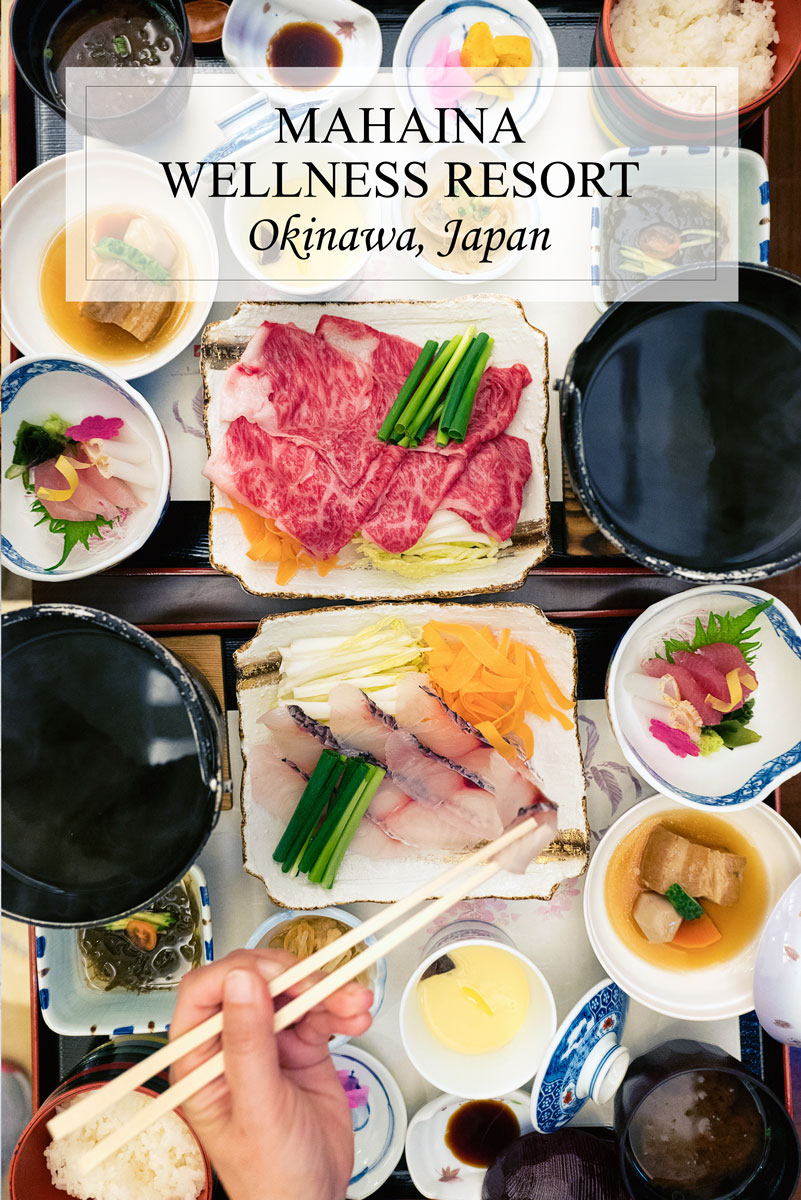 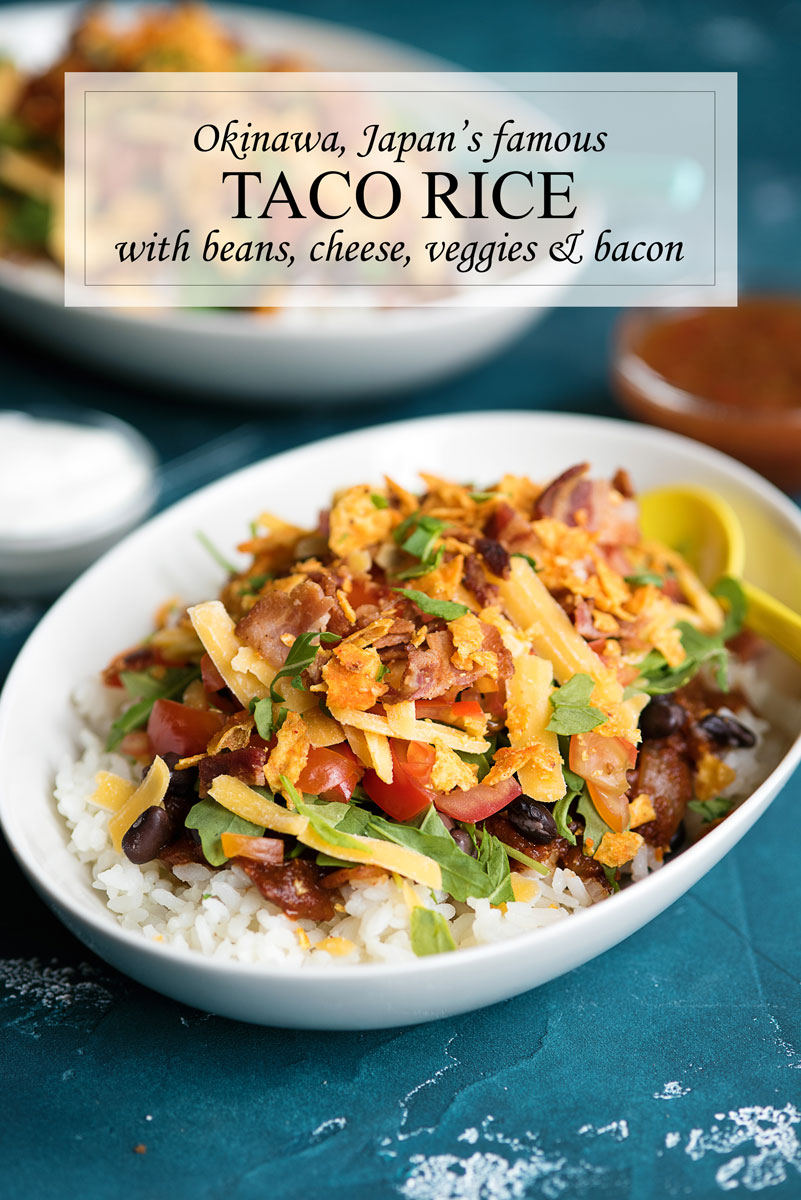 A Foodie’s Guide to Tokyo 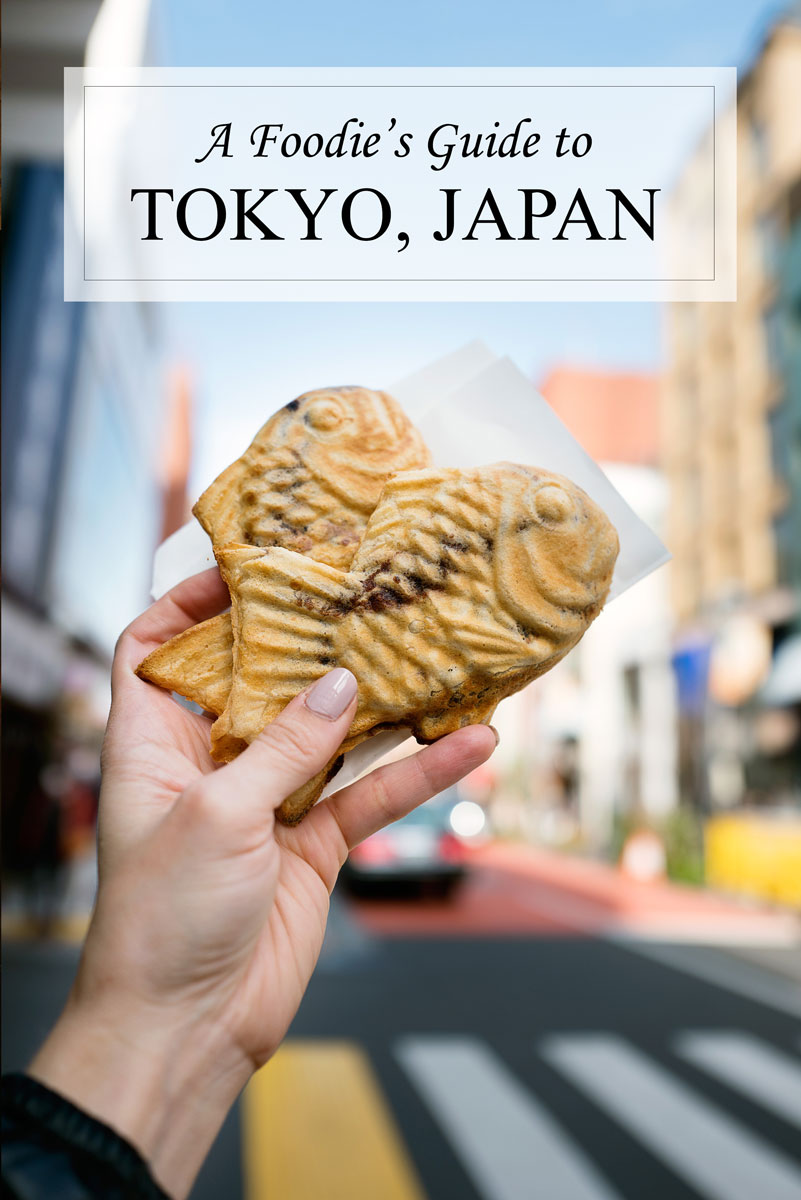 Okinawa Taco Rice with Beans, Cheese & Bacon
12 Things to Do in Okinawa Japan