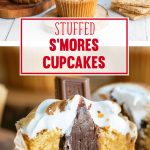 Drop everything and make this stuffed s’mores cupcakes recipe topped with toasted marshmallow frosting. The graham cracker cupcake is stuffed with chocolate ganache making every bite a bit of heaven. 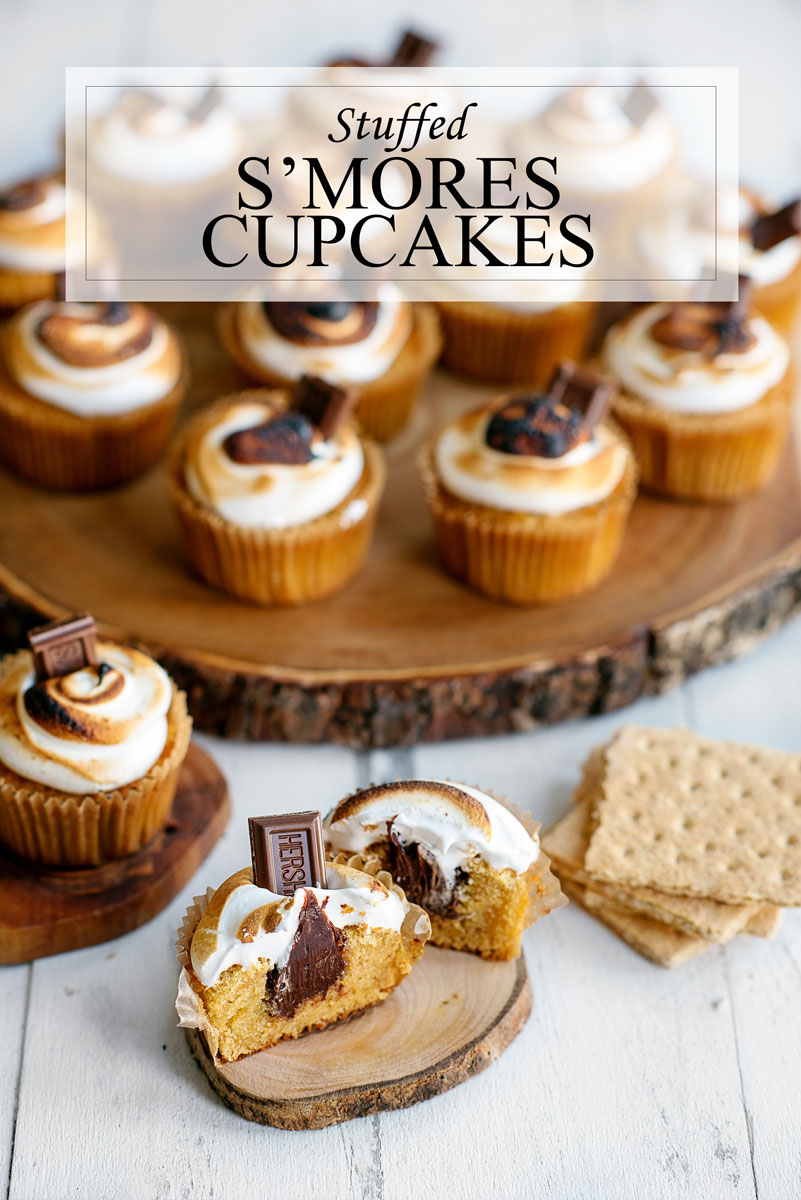 I’m the queen of s’mores. You’ll find s’mores recipes everywhere on my blog, from s’mores milkshakes to s’mores cheesecake. I even have a Pinterest board dedicated to s’mores! 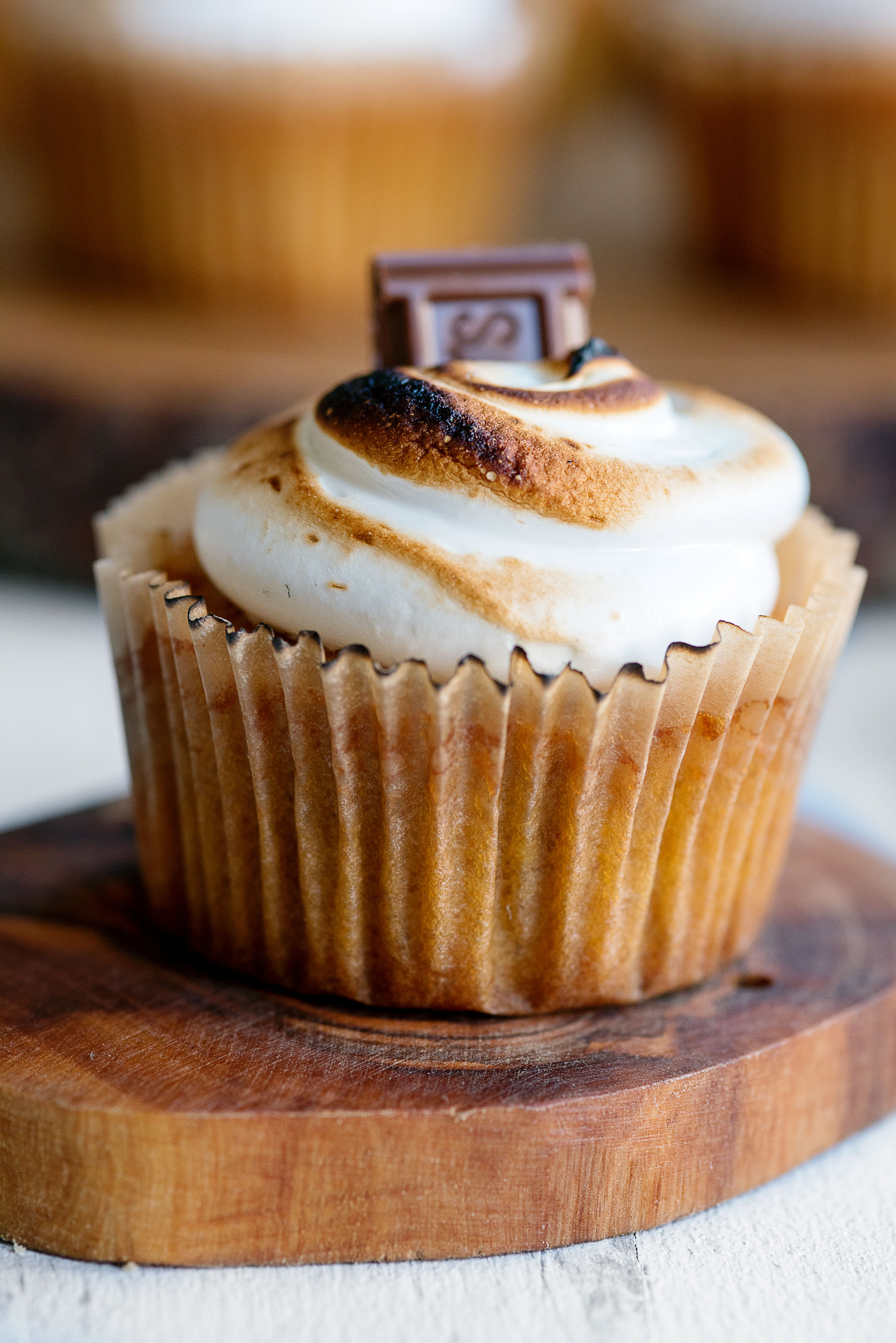 And check out the s’mores in our engagement photos. 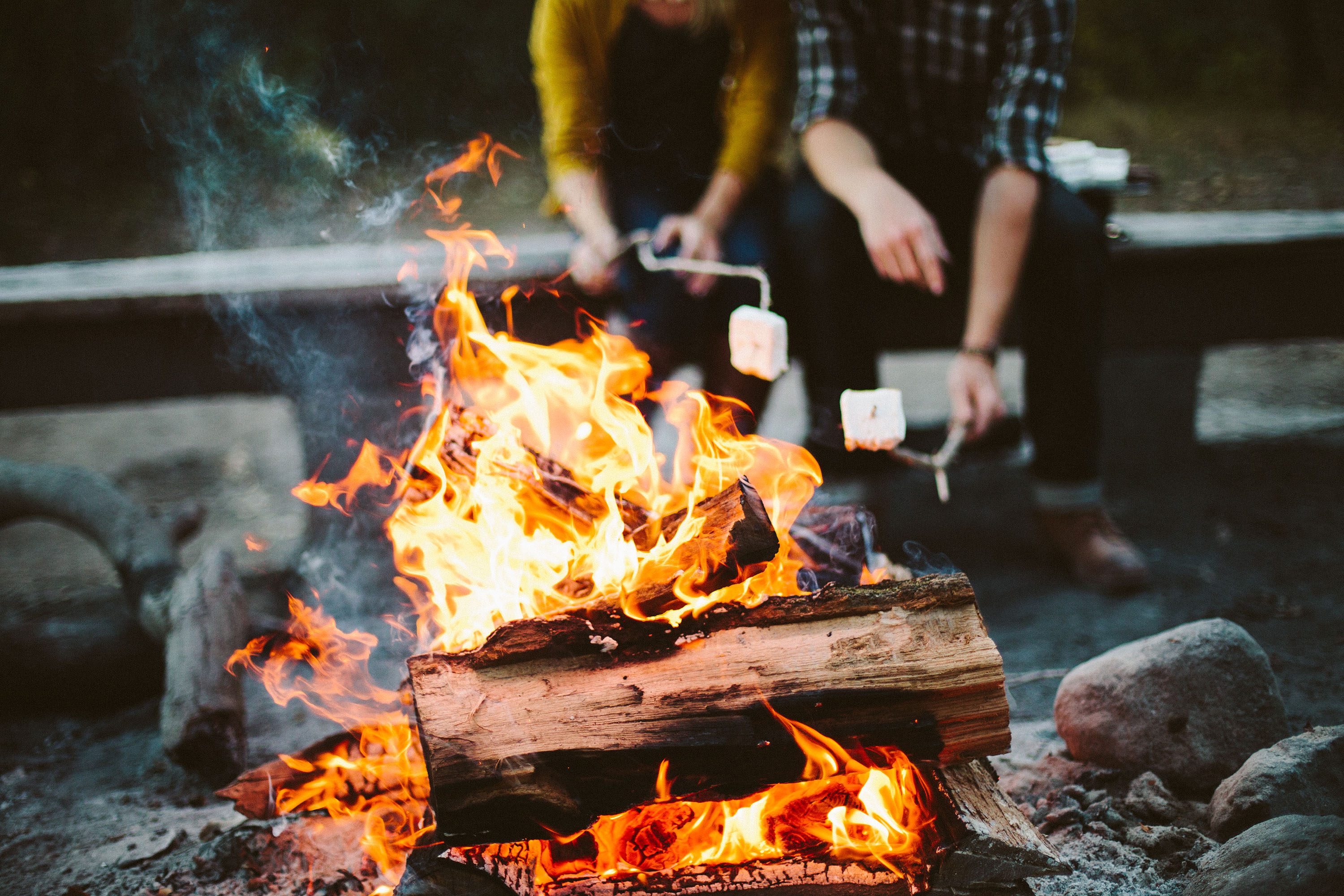 My pursuit of s’mores is a true life passion. 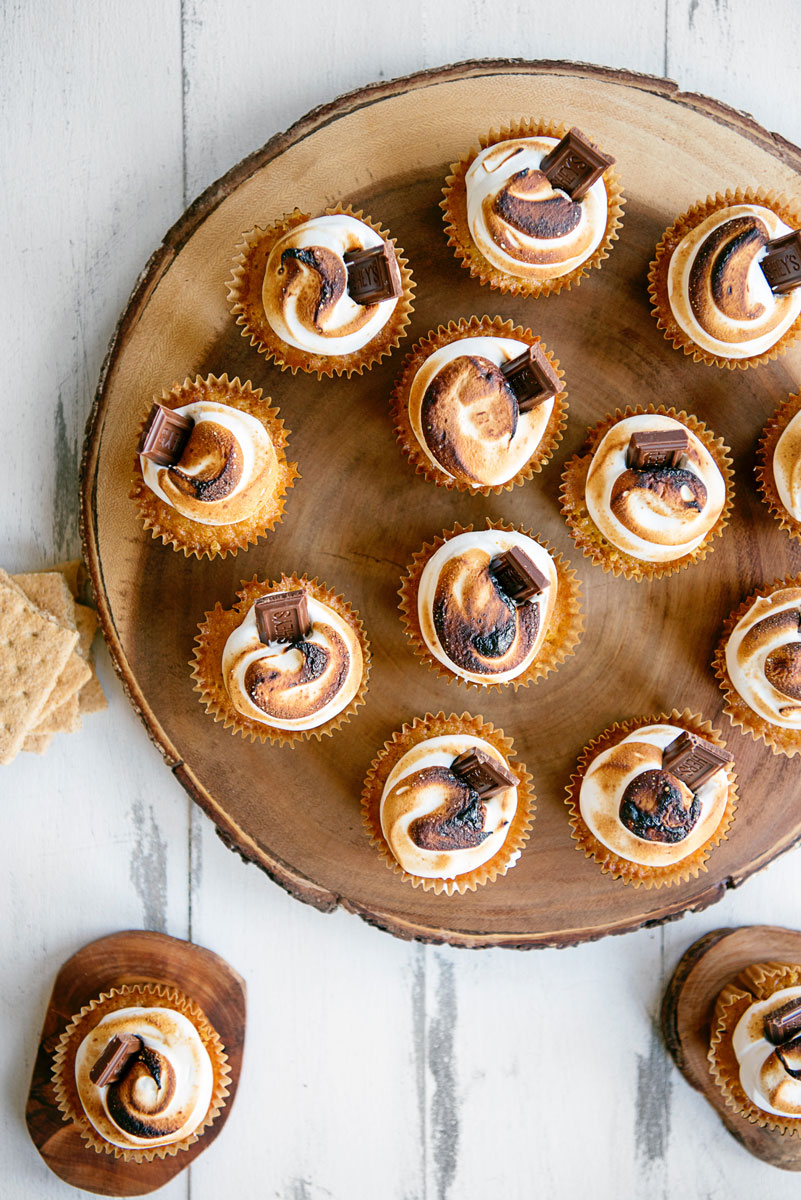 It’s fitting then that these cupcakes made an appearance on my wedding dessert table. 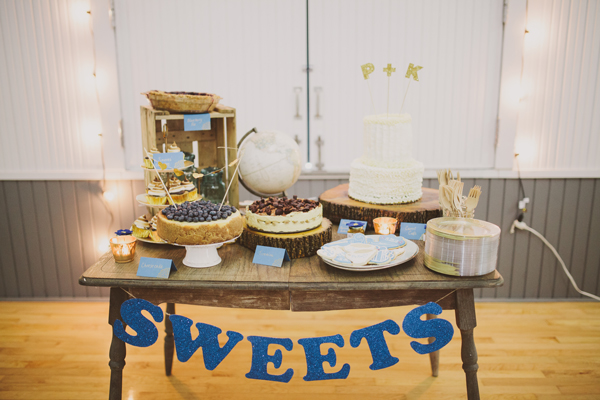 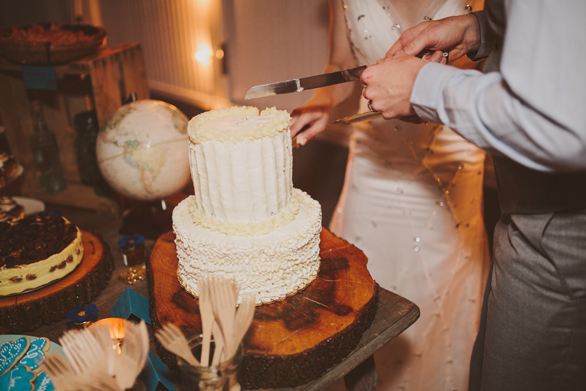 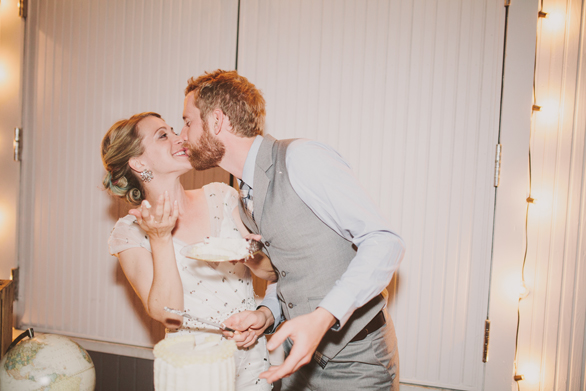 On the day of my wedding, I went pretty nuts with the desserts which included: Carrot Cake, New York style cheesecake, decorated sugar cookies, and blueberry pie! Everything was done by me, which in retrospect is kind of crazy. The effort that I put into the work was worth it though, and sharing all of the desserts with our guests was one of my favorite memories from the day.

These cupcakes were originally inspired by my favorite cupcakes from (now closed) Cupcakes a Go-Go, a local bakery in my hometown of Madison, Wisconsin. Talk about love at first bite. 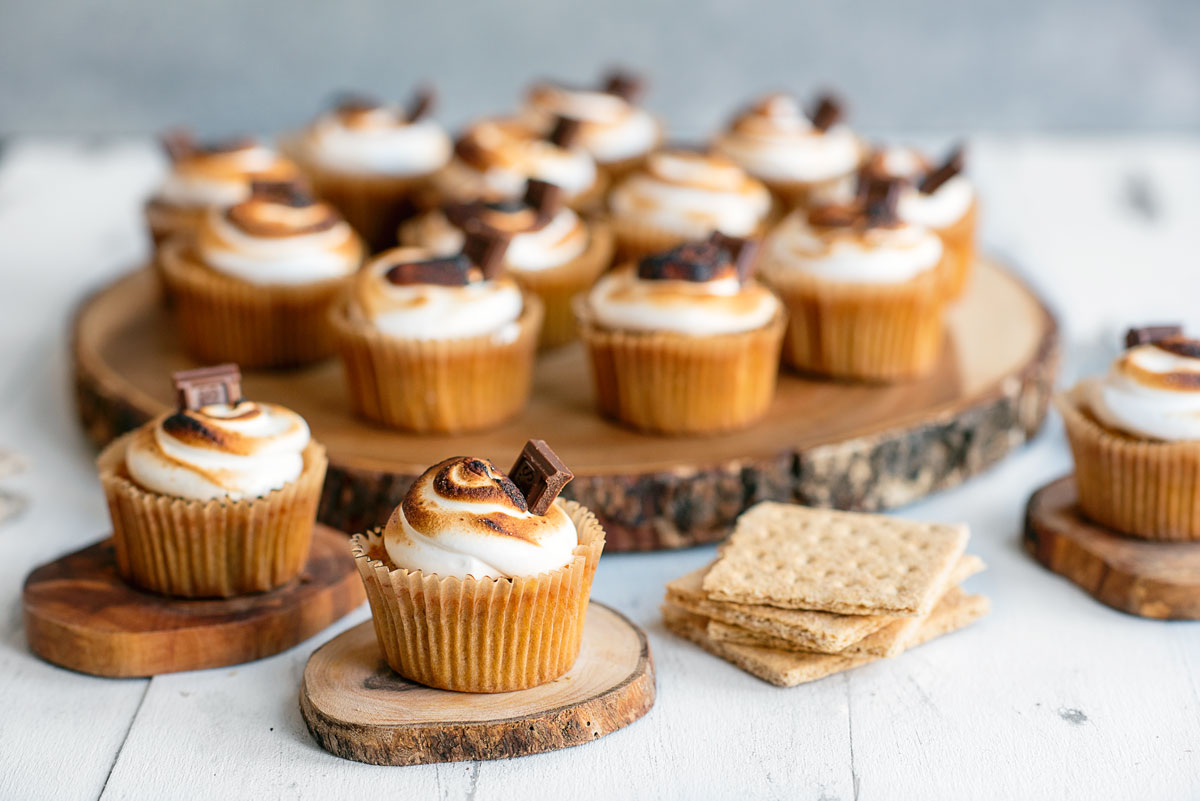 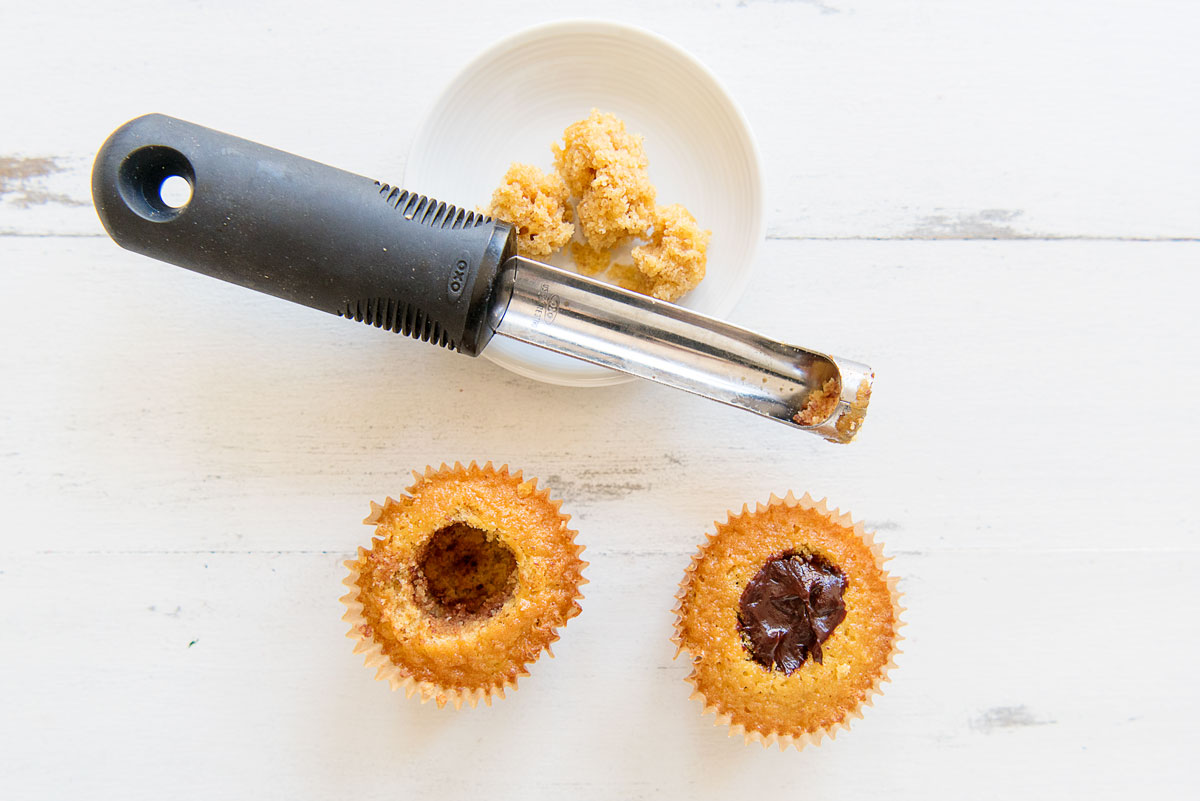 You won’t believe how easy it is to take your dessert game up a notch with stuffed cupcakes. All you need is an $8 apple corer. This genius little tool has never cored a single apple in our house – but it has cored hundreds of cupcakes including my famous lemon curd stuffed cupcakes that have been pinned almost 200 thousand times! 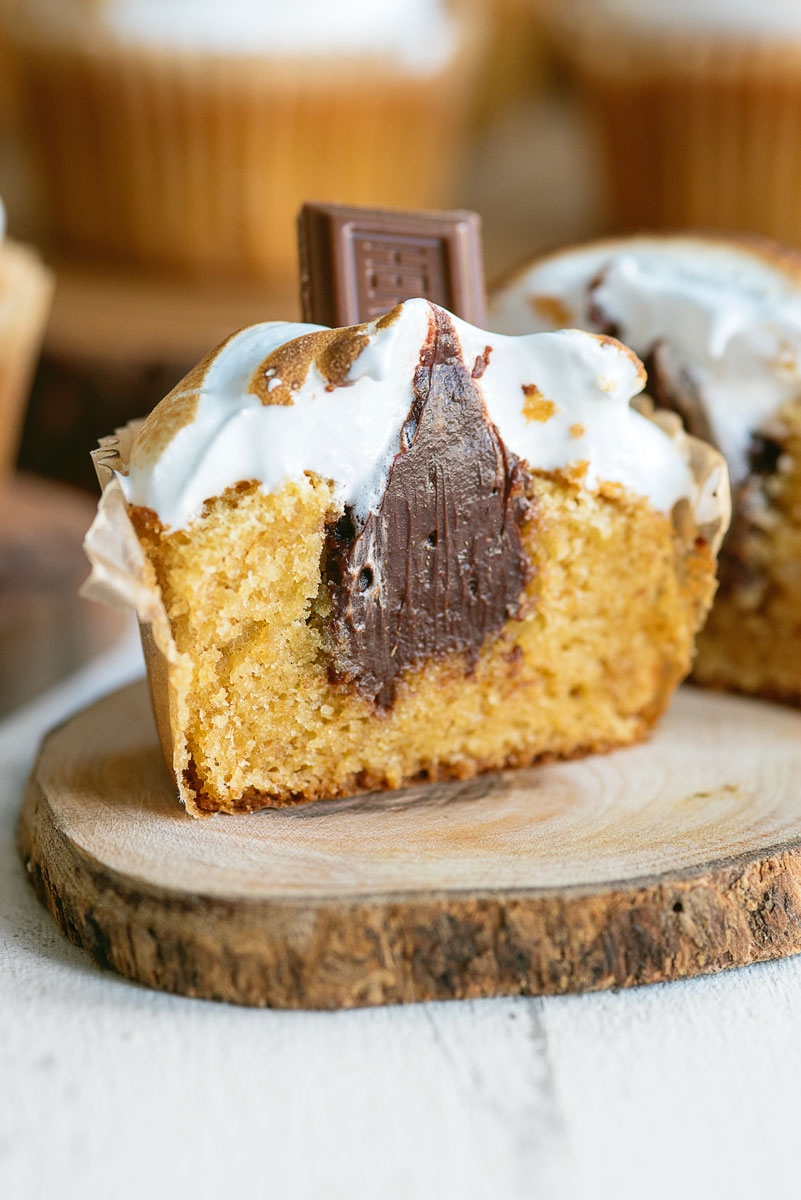 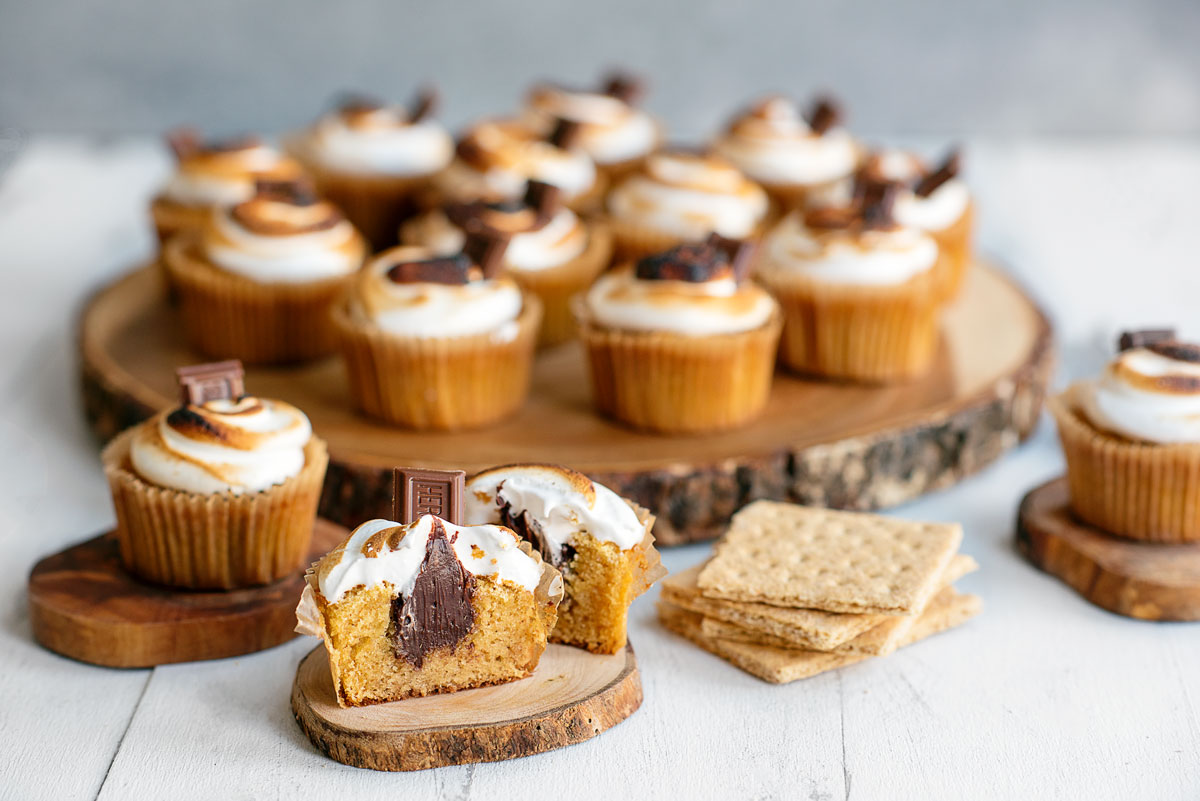 Why This S’mores Cupcakes Recipe is Awesome 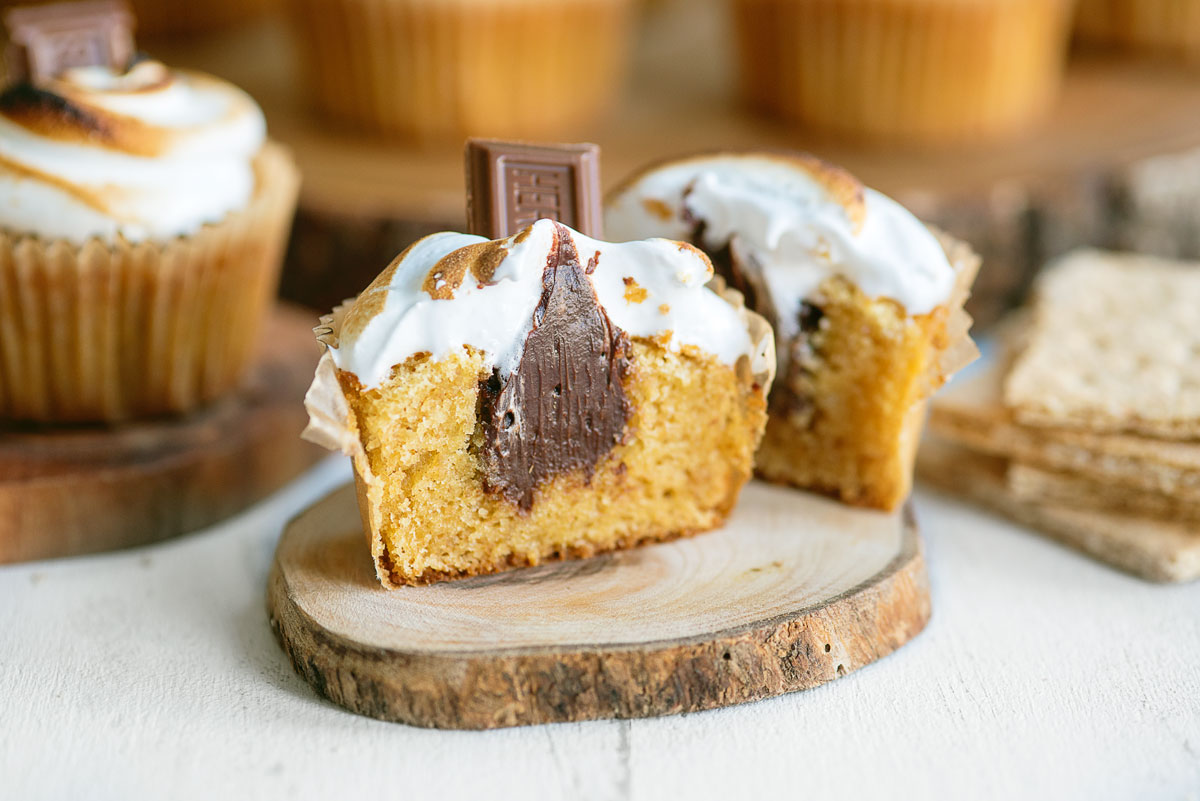 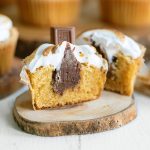 Drop everything and make this stuffed s’mores cupcakes recipe topped with toasted marshmallow frosting. The graham cracker cupcake is stuffed with chocolate ganache making every bite a bit of heaven.

*I previously used a Wilton 1M open star tip, which you can see an example of in the last photo. The one issue I ran into with this look is that it doesn’t toast evenly, but I still think it looks pretty! You can use either technique.

Craving these stuffed s’mores cupcakes? Pin this recipe for later! 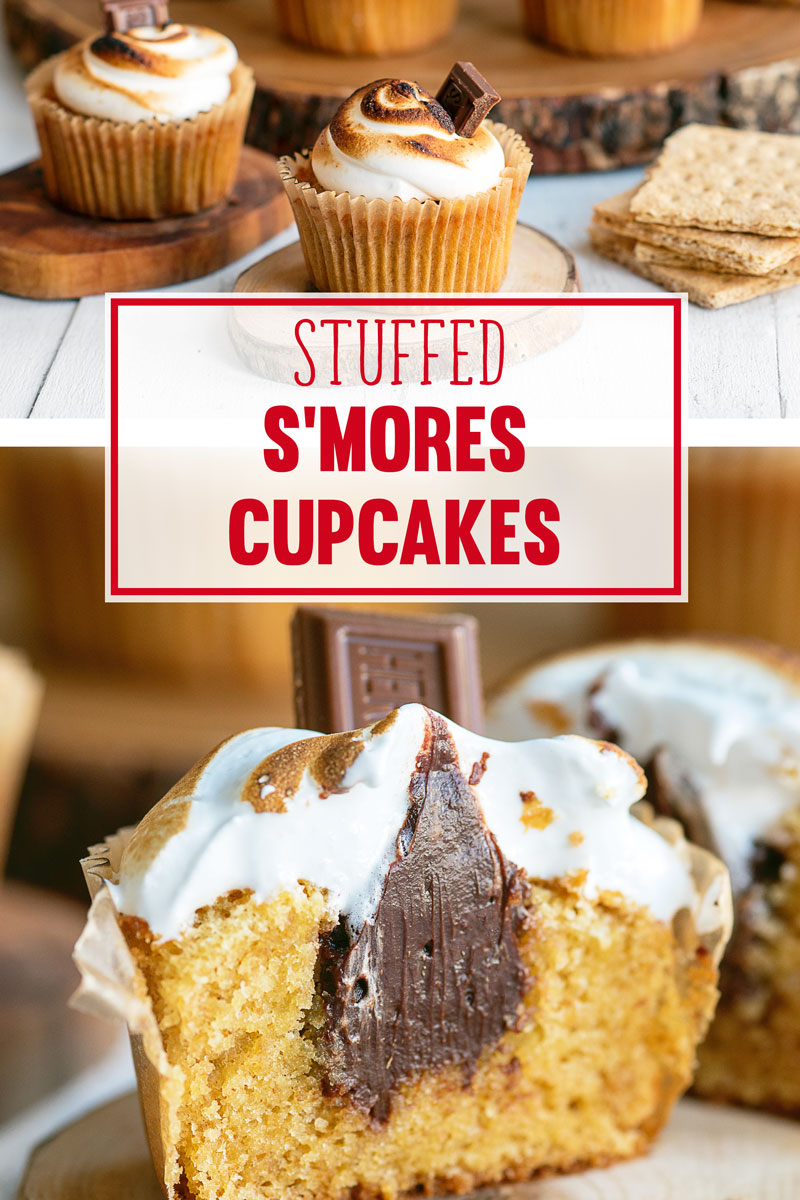 P.S. – This post is an update form one that was initially shared in February 2013. Want to see what my photography looked like five years ago? Here’s a photo from the original post: